Tower Bridge closure congestion ‘not as bad as we thought’ - TfL

Transport for London says that the impact of the closure of Tower Bridge on traffic in surrounding areas has been less bad than expected. 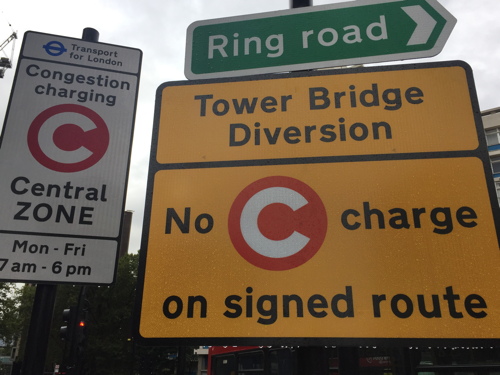 Tower Bridge closed to motor vehicles on Saturday for three months of work to replace the timber decking on the bridge's bascules.

"My understanding is that the congestion has not been as bad as we initially thought – except along Jamaica Road where there has been an increase in congestion," TfL network assessment manager Mufu Durowoju told Borough, Bankside & Walworth Community Council on Wednesday night.

Mr Durowoju said that TfL was monitoring the effects of the bridge closure and would make changes to traffic arrangements if necessary.

Southwark Council says it wasn't officially told of the City of London Corporation's plans to shut the bridge until five months after the news was first made public on the SE1 website in June 2015.

"The council was officially made aware of the Corporation of London's wish to carry out maintenance works to Tower Bridge in November 2015," said Southwark in a formal response to a public question tabled at Borough, Bankside & Walworth Community Council.

"No formal engagement with Southwark Council had been received until then, when we received an email from the project manager.

"Due to the late notification, the council has made an official objection to both TfL and the City of London Corporation. The objection was overruled."

Meanwhile Southwark Council leader Peter John has called on TfL to open up additional diversion routes where the Congestion Charge won't be levied.

Paul Monaghan, the City of London Corporation's assistant director of engineering, told the Community Council that works on the bridge are already ahead of schedule and he is hoping that the road will reopen this side of Christmas.

Do you agree with TfL's assessment of the congestion?