Sir Ron Kerr has announced that he will step down as chief executive of the Guy's and St Thomas' NHS Foundation Trust later this year. 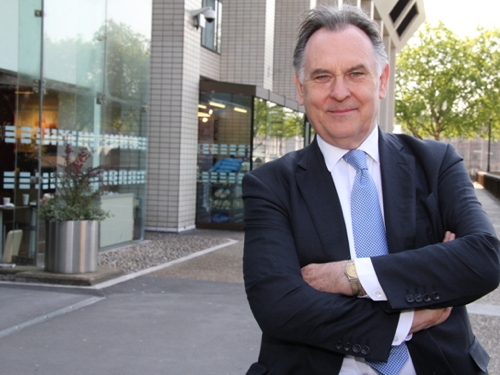 Sir Ron has led the trust that runs SE1's two major hospitals and other local NHS services for eight years.

Hr joined Guy's and St Thomas' as chief executive in 2007 and received a knighthood in the Queen's new year honours in December 2010 in recognition of his services to the NHS.

"The trust has gone from strength to strength under Ron's wise and visionary leadership," said chairman Sir Hugh Taylor.

"Ron has done an outstanding job as chief executive, for which we are immensely grateful, and we have been very fortunate to benefit from his lifelong commitment to healthcare and the NHS at both a national and local level.

"To maintain stability and ensure a smooth transition to a new chief executive, I am delighted that Ron has agreed to stay on in the trust until 31 March 2016. This will allow us to benefit from his leadership and guidance at a time of unprecedented change and operational pressure across the NHS and public services."

Sir Ron Kerr said: "This has been a very difficult decision for me personally as my commitment to Guy's and St Thomas', and to the wider NHS, is as strong today as when I took up my first NHS job more than 40 years ago.

"My immediate focus is to ensure a fully planned and well managed transition to a new chief executive who can take over the leadership of this incredible organisation.

"Beyond my current role, it is my intention to maintain an active involvement in healthcare issues. I feel hugely privileged to have worked with so many talented and dedicated colleagues over the years, and wish to continue to do so in the future as new opportunities arise."

From 1 October Amanda Pritchard will serve as acting chief executive.

The role of chief executive will be advertised in October.