Ron Kerr has been appointed chief executive of Guy's and St Thomas' NHS Foundation Trust in succession to Sir Jonathan Michael who has joined BT. 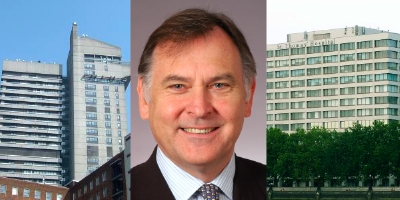 The appointment follows the decision of previous Guy's and St Thomas' boss Sir Jonathan Michael to quit the NHS for a new private sector job with BT.

The foundation trust's Members' Council held a special meeting this week to approve the appointment made by the chairman and non-executive directors.

Chairman Patricia Moberly says: "I am sure Ron will bring huge talent, expertise and leadership to our already very successful organisation and will help to drive forward our ambitious vision for the Trust as we progress plans with our partners King's College London and King's College Hospital NHS Foundation Trust to become one of the first Academic Medical Centres in the UK, combining excellence in patient care, teaching and research to the benefit of our patients as well as the wider community.

"Having worked in South East London in the early 90s Ron has a real understanding of the needs of the local population, and I know that he is eager to work closely with both our local Primary Care Trusts and local authorities in Lambeth and Southwark."

Commenting on his appointment Ron Kerr described Guy's and St Thomas' as "one of the premier health organisations in the UK".

Tim Higginson will remain acting chief executive until the end of September.