The head lease of a 12-storey office block in Lambeth Palace Road has been acquired by its freeholder, the Guy's and St Thomas' Charity. 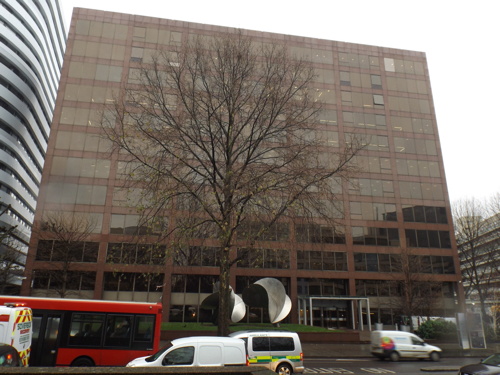 Guy's and St Thomas' Charity has purchased the lease for Ł112 million from U+I (formerly Development Securities) and Proprium.

Until recently occupied by E&Y (Ernst & Young), Becket House's latest tenant is Bouygues, the French construction company that has the contract to build the Garden Bridge.

The latest purchase has been partly funded by borrowing. Earlier this month, the charity agreed terms to borrow Ł60 million for 30 years at a fixed rate of interest of 3.72% from MetLife, Inc, one of the world's largest life insurance companies.

"Securing such a prime site is an important part of the charity's long term property strategy," said David Renton, finance and development director at Guy's and St Thomas' Charity.

"The purchase of Becket House is a solid investment, within an up and coming area of London. It is also a strategic acquisition given its proximity to our other land holdings and to St Thomas' Hospital.

"We have also taken advantage of historically low interest rates by issuing some long term debt for the first time.

"The careful management of our endowment over centuries allows us to support radical new ideas that bring lasting change to the people who live, work or are treated in the London boroughs of Lambeth and Southwark."

The charity also owns adjacent buildings including the flats at Stangate and Canterbury House.

• This week the Government granted listed status to the sculpture – known as South of the River – outside Becket House.

• Earlier this month Guy's and St Thomas' Charity named Kieron Boyle as its new chief executive. Boyle, who is head of social investment at the Cabinet Office, takes up his new post in April.