After 23 years, the Guy's Hospital branch of McDonald's shuts down this weekend to make way for a new science attraction. 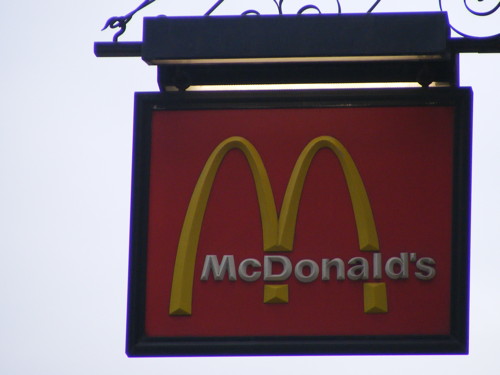 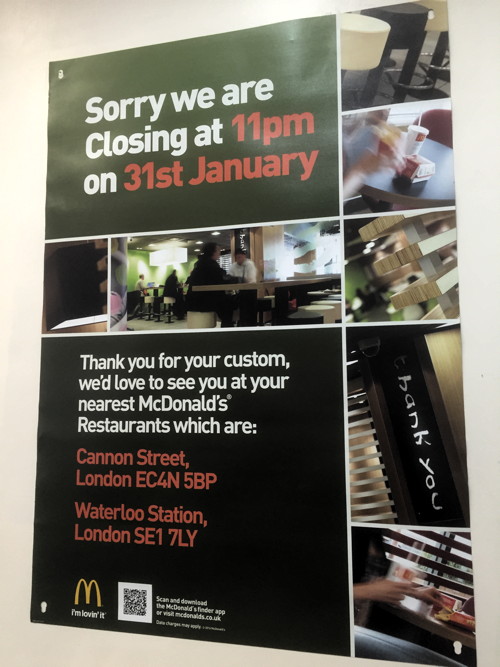 The McDonald's restaurant opened in Boland House at Guy's Hospital in 1992.

The restaurant closes its doors for the last time at 11pm on Sunday 31 January as work starts to create the new Science Gallery London.

Posters announcing the closure direct customers to the McDonald's branches in Cannon Street and at Waterloo Station.

When it opens in late 2017, Science Gallery London will include a range of exhibition, studio and performance spaces, a theatre with retractable seating, a 100-seat cafe and a shop.

The Guy's Hospital quadrangle – currently used as a consultants' car park – will also be restored as a public courtyard.

The gallery's events and free exhibitions will be open to all, but with a particular focus on 15 to 25-year-olds.

"The gallery will create new opportunities for our students and academics and will engage a broader public with the university's cutting-edge research through collaborations with artists, designers and cultural organisations.

"It will also be a unique and original addition to the vibrant London Bridge area – a focal point for building new connections that will help to ensure King's is relevant to, and part of, the communities around us."

Speaking at a 'Shard Talks' event in 2014, he said: "It was Europe's first McDonald's on a healthcare campus when it opened in 1992.

"The chairman of the hospital trust then said it was part of their commitment to staff welfare that they had brought McDonald's in to the Guy's campus.

"My mother was a consultant at Guy's at the time and I still remember her raw rage at that.

"We're undoing that wrong from many people's perspectives."

Will you miss McDonald's?