Proposals for a 27-storey tower containing around 150 new homes on a site next to The Shard at London Bridge were revealed this week. 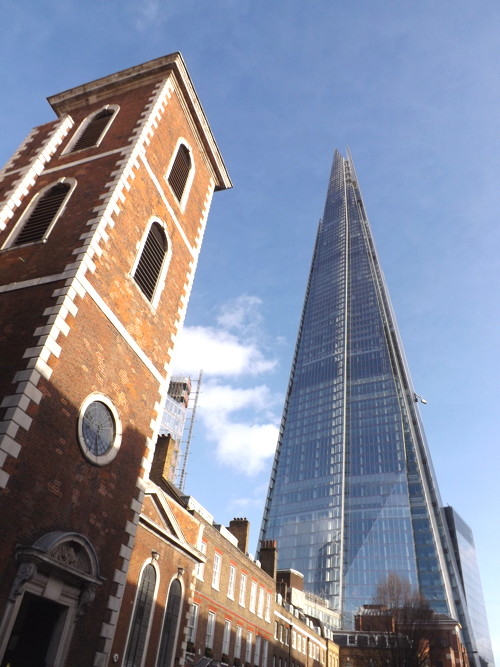 If approved, the new building will be seen in front of the Shard from St Thomas Street

Sellar in partnership with the State of Qatar is this week holding a public exhibition of plans for a 27-storey tower to be built alongside The Shard.

Shard architect Renzo Piano is working with Dan Pearson Studio on the landscaping of the public space and a roof garden to the apartment building.

The proposed development is on the site of Fielden House on London Bridge Street and 21-27 St Thomas Street which sits on the corner of Joiner Street.

"This exciting project continues the regeneration of the area around London Bridge Station, building on the success of both The Shard and The Place as well as the significant improvements we have already made to the station concourse and bus station," said James Sellar.

"We believe the proposed development will not only further enhance London Bridge Quarter in its present form but will substantially elevate the public realm surrounding the transport hub and complement the redevelopment of the station which is due to complete in 2018."

The new building will 'float' 14 metres above an expanded open space on London Bridge Street, opening up new routes between the two levels and providing views from London Bridge Station towards the proposed King's College London Science Gallery at Guy's Hospital.

Sellar will submit a planning application to Southwark Council in the near future.