The rise in the number of commuters into London completing their journey to work by bicycle means that Waterloo Station will need space for 8,000 bikes to be parked in ten years' time, Transport for London has claimed. 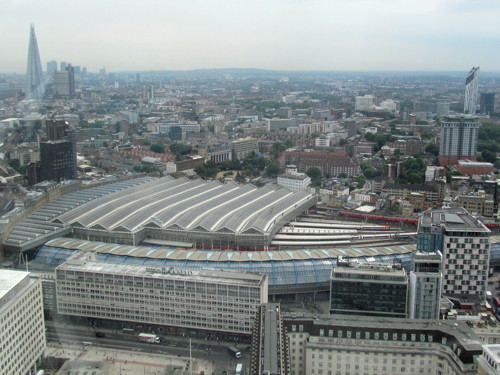 Plans for a cycle hub at Waterloo Station were first announced in 2009 by the then Labour Government.

In early 2012 the coalition Government claimed that the hub would open before the Olympic Games but the scheme failed to progress.

Last year former TfL boss Peter Hendy confirmed that a 'superhub' at Waterloo is back on the agenda.

This week TfL surface transport boss Leon Daniels revealed the anticipated scale of the demand for bike parking at the railway station.

"A demand analysis study for Waterloo Station has been completed which shows demand for up to 8,000 spaces by 2026.

"TfL is working closely with the Department for Transport and Network Rail to secure the space for the Superhub."