A 'cycle hub' offering secure parking, bike hire, information and repairs is to be opened within the next two years at Waterloo Station, transport secretary Lord Adonis announced on Monday. 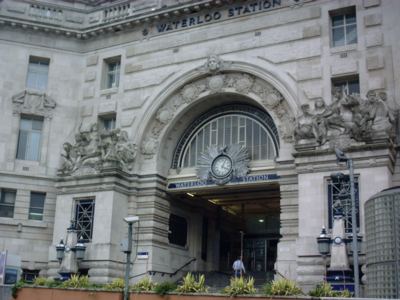 Waterloo is one of 10 stations across the UK to gain a cycle hub with extra cycle storage facilities, repair services, hire schemes and improved cycle access to and from the stations as part of a Ł5 million scheme.

Bicycle parking at Waterloo has become more difficult since the installation of ticket barriers led to the end of the previous arrangements for access to bike racks on the platforms.

"More and more people are turning to cycling as a healthy, green and convenient way to travel – I want to encourage this choice," says Lord Adonis.

"Although half of us own a bike and 60 per cent live just 15 minutes from a train station, only 2 per cent of train passengers travel to the station by bike. This is in contrast to Holland where cycling accounts for a third of all trips to and from the station.

"The aim of the programmes announced today is to boost the significant number of people cycling to catch their train. This will tackle congestion, promote rail travel and help people develop healthier lifestyles and protect the environment."

A Transport for London-backed secure bike park opened in the arches underneath London Bridge Station in June, but Lord Adonis told the Evening Standard in the summer that it was hard to find and had unhelpful opening hours.

It remains to be seen how the cycle hub at Waterloo will relate to the Mayor of London's cycle hire scheme due to launch next year. Transport for London has deliberately not planned docking stations close to mainline railway termini to suppress demand from long-distance commuters.

As part of the same announcement, South West Trains is one of four train operators to share Ł4 million funding from Cycling England to become flagship 'Bike 'n' Ride' companies.

The funding will help SWT to extend the Brompton folding bike hire scheme for season ticket holders it launched at Waterloo earlier this year to cover Richmond-upon-Thames.

Whilst cycling groups are likely to welcome the Department for Transport's commitment to promoting cycling as a means of getting to railway stations, there is bound to be dismay that no moves have been made to make it easier for people to take their bicycles on board trains. Capacity for bikes on trains has been cut back since old rolling stock with spacious guard's vans was replaced with a more modern fleet.