Tranport for London has published four artist's impressions showing how a new 'cycle superhub' at Waterloo with parking spaces for thousands of bicycles could look. 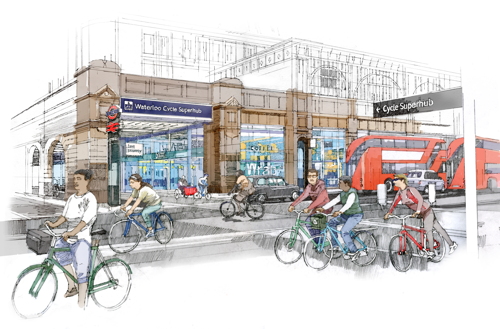 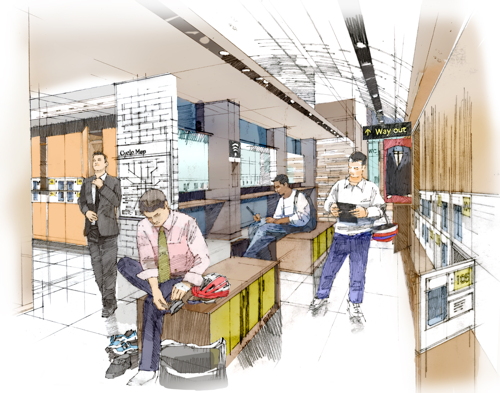 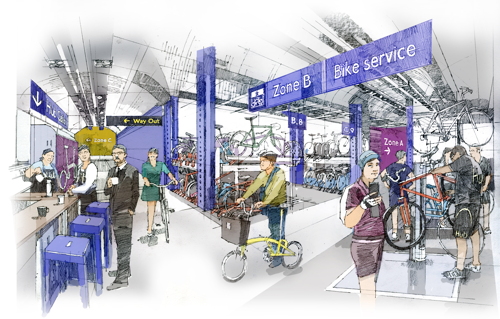 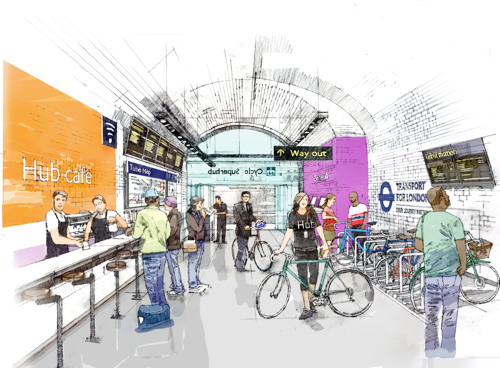 Plans for a 'cycle hub' at Waterloo Station were first announced in 2009 but the facility is not now expected to be open until 2018.

TfL is working with Network Rail and the Department for Transport to create around 5,000 cycle parking spaces underneath Waterloo Station.

However, TfL's own research shows that there will be demand for 8,000 bike parking spaces at Waterloo by 2026.

TfL says the new facility will allow more commuters to switch to bikes for journeys between the office and the train, relieving pressure on the tube and bus networks in central London.

Leon Daniels, managing director of TfL's surface transport division, said: "We know that people who want to cycle at least part of their journey need to be given the peace of mind that they can leave their bike somewhere that is safe and secure.

"These new facilities will put us on a par with our continental neighbours, giving people the confidence to take their bike out more often."