The age-old debate about the rights and wrongs of cycling on the South Bank riverside path has been reopened by the publication of Lambeth Council's draft South Bank and Waterloo Cycle Strategy. 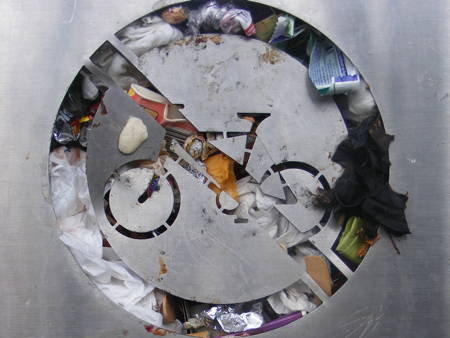 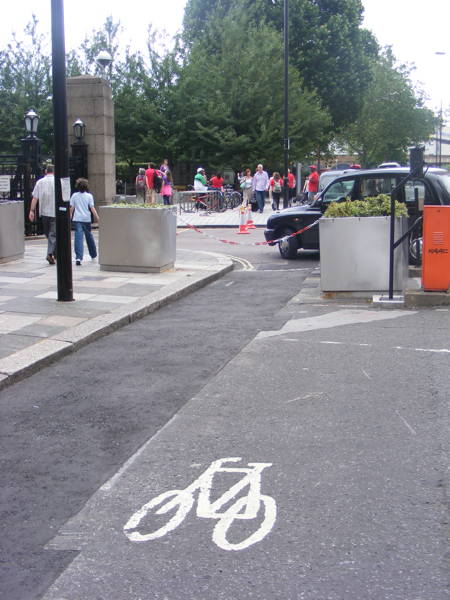 The draft strategy also looks at possible improvement to the official Thames cycle route via Belvedere Road, including the section outside County Hall owned by Shirayama Corporation

Last year the council commissioned South Bank Employers' Group to make recommendations about the development of cycling around the South Bank and Waterloo. SBEG carried out an online survey of local cyclists and sought views from a range of groups and institutions.

In his foreword to the document, Cllr Nigel Haselden, Lambeth's deputy cabinet member for sustainability and transport, writes: "The report opens the debate about cycling around the South Bank at an interesting time.

"With the Mayor's cycle hire scheme and Cycle Superhighways being launched, an increasing drive towards sustainable travel, and rising cycle theft, it should represent part of an ongoing conversation with key stakeholders about how to deliver services to encourage people to take to their bikes."

The draft cycle strategy makes a number of recommendations – including improvements to National Cycle Network route 4 which runs along Upper Ground and Belvedere Road and better cycle parking in the area.

Most controversial is likely to be the recommendation that Southbank Centre and Coin Street Community Builders should enforce a no cycle rule on their section of the Thames Path between the London Eye and Oxo Tower Wharf.

The document says that representatives of Coin Street and Southbank Centre agreed earlier this year that they would support a ban on riverside cycling on their land so long as a uniform approach was adopted the length of the riverside path and external resources, including police assistance, could be secured to enforce it.

The report says that if police assistance is not forthcoming, the landowners would support (but not pay for) signage to deter cyclists on the riverside path and redirect them to Belvedere Road and Upper Ground.

Lambeth Council says that it doesn't wish to enforce a ban on cycling on Albert Embankment between Westminster and Lambeth Bridges, but the draft strategy recommends that cyclists be encouraged to ride along Lambeth Palace Road instead.

The document also addresses the question of cycle theft, with 509 bikes reported stolen in Bishop's and Cathedrals wards in the year ending March 2009.

The draft strategy contains good news for users of Barclays Cycle Hire dismayed by the lack of docking stations in the immediate vicinity of Waterloo Station.

"Representing a second phase of implementation, Transport for London is engaged in discussions with Network Rail about providing a large number of docking stations – approximately 200 – in Waterloo Station.

"Where the first phase omits mainline stations (and hence rail commuter traffic) from the scheme, the second will seek to encourage those arriving in London via train to continue their onward journeys via hire cycle."

The document also notes that Guy's and St Thomas' NHS Foundation Trust intends to encourage its staff to use the cycle hire scheme to ride between St Thomas' Hospital in Waterloo and Guy's Hospital at London Bridge.

The draft strategy also makes reference to the possibility of a secure cycle park or 'active travel centre' at Waterloo Station. This follows the announcement last year by former transport secretary Lord Adonis of plans for a 'cycle hub' at the station.

• The draft strategy can be downloaded from the council website and comments can be submitted to [email protected] until Friday 10 September.