Plans for a hotel in Lower Marsh to be built out of 26 shipping containers have been revived. 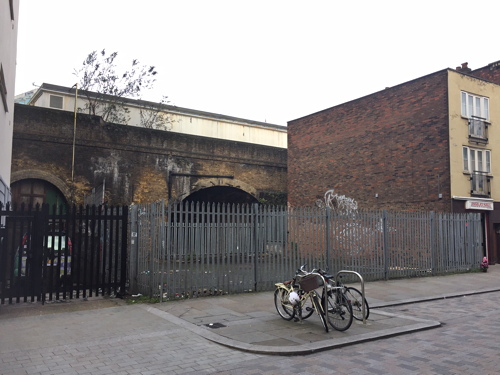 The Stow Hotel scheme in Lower Marsh was first approved in 2012 but was not built.

The proposal has been put forward by Charlie Fulford, one of the driving forces behind the Artworks cluster of shipping containers at Elephant & Castle.

The hotel will stand on Network Rail-owned land which was formerly used to store market stalls.

Now Stow has applied to Lambeth Council to vary some of the details of the scheme, including a reduction in the number of rooms proposed to just 20.

After a four-year hiatus, Stow's planning agents say that "the development is shortly to start".

In a letter to planners, Doone Silver Architects say that plans for a roof terrace have been removed "due to anti‐terrorism concerns".

The hotel has been designed so that it is capable of being dismantled in 28 days should Network Rail need access to their viaduct at the rear of the site.