Details of the new hotel that will replace a parade of shops in Lower Marsh have been revealed. Ruby Lucy is due to open in the Waterloo street by the end of 2019. 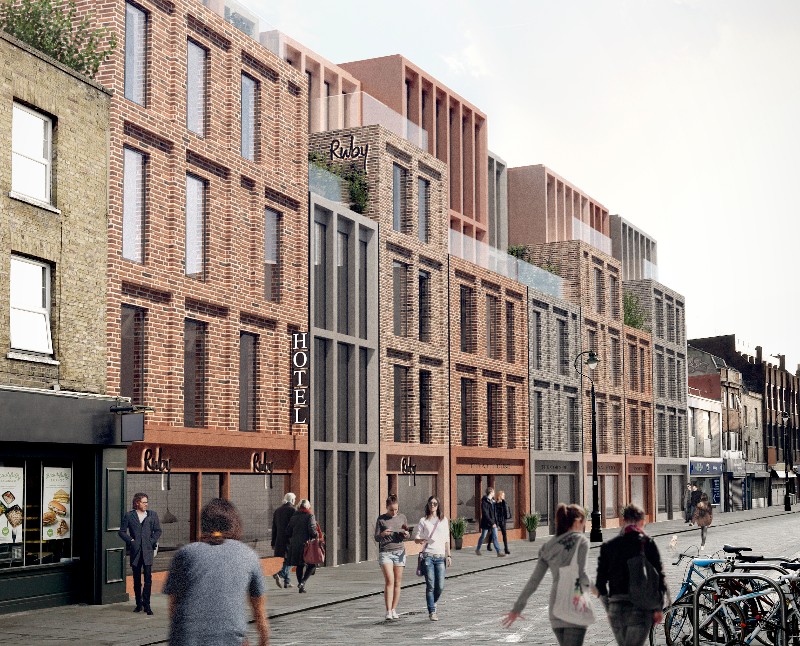 It's nearly a year since the redevelopment of 100-108 Lower Marsh as a 66-room hotel was approved by Lambeth's planning applications committee.

Now, details of the new hotel's operator have been announced.

The hotel will open in late 2019 as Ruby Lucy, the first venue in the Ruby Group outside Germany and Austria.

"We consistently leave away things we deem as unimportant. We don't need a restaurant or room service in a hotel that is located in the heart of the city – we'd rather show you the best hotspots in our neighborhood to make the most of your stay.

"We don't need huge rooms, because luxury can also work in confined spaces. But, we also want everything to have its place and the most important things to work perfectly: being connected, sleeping and freshening up."

The businesses that formerly occupied the parade of shops have closed or relocated in recent months:

Ruby Lucy will be one of three hotels in Lower Marsh. A stack of shipping containers has been installed over the winter on the yard where market traders' barrows used to be stored. Another hotel is planned on the site of Steve's B&B.