TV cameras are to film sentencing remarks by judges at Southwark Crown Court as part of a three-month not-for-broadcast experiment. 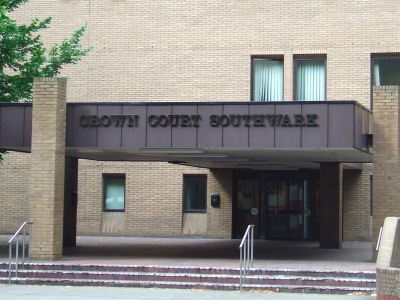 Proposals to launch a pilot that would see television cameras allowed into the Crown Court for the first time have been announced by the Ministry of Justice and the Lord Chief Justice.

The cameras would be able to film the sentencing remarks of nominated senior judges in 8 courts across England and Wales as part of a not-for-broadcast pilot.

"My hope is that this will lead to more openness and transparency as to what happens in our courts," said justice minister Shailesh Vara.

"Broadcasting sentencing remarks would allow the public to see and hear the judge's decision in their own words."

Lord Chief Justice the Rt Hon the Lord Thomas of Cwmgiedd said: "I am interested to see how this pilot progresses and will work with the Ministry of Justice to assess the impact of cameras in court."

The pilot will take place in the Old Bailey and in the Crown Court at Southwark, Manchester (Crown Square), Birmingham, Bristol, Liverpool, Leeds and Cardiff.

The cameras will film only the judge. The filming of all other court users, including staff, victims, witnesses, defendants and advocates will remain prohibited.