Another 300-metre section of segregated cycle track on Blackfriars Road was opened on Maundy Thursday. 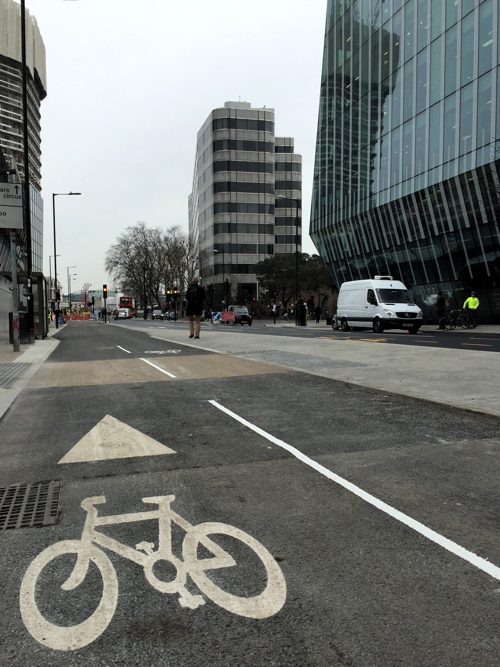 The new section of bike lane between the Blackfriars Road Post Office and the One Blackfriars construction site – a distance of around 300 metres – opened on Thursday morning.

A new Santander Cycles docking station will soon be opened on the central reservation between the bike track and the general carriageway.

Work on the next section of the superhighway – across Blackfriars Bridge – continues. At the northern end of the bridge, Cycle Superhighway 6 will intersect with the new east-west bike route along Victoria Embankment.

Last week Mayor of London Boris Johnson used his final meeting as chair of the TfL board to reproach "aggressive male cyclists" for riding too fast on the new cycle superhighways.

Asked by Labour's Jennette Arnold AM to identify his biggest regret as mayor, Mr Johnson recently said: "In an ideal world I would have forged ahead with my current segregated cycle superhighways programme right from the beginning.

"Despite this, I am truly proud of my cycling record."

What do you think of the new cycle track?