Shard tenants to face 60 per cent hike in business rates

The total annual business rates bill for the tenants of The Shard will rise from £5 million to almost £8 million by 2019, according to Colliers. 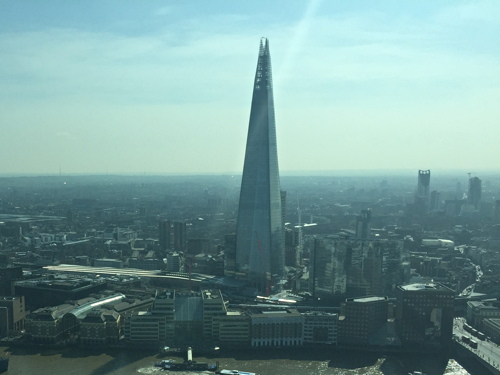 At revaluation, the government adjusts the value of business rates to reflect changes in the property market.

The most recent revaluation came into effect on 1 April 2010, based on rateable values from 1 April 2008.

The next revaluations will take place next April, based on 2015 prices.

According to Colliers International, The Shard will see a 60 per cent increase as business rates bills rise from Ł5 million to almost Ł8 million.

"Local authorities in central London will be delighted at the prospect of an extra Ł50 million in business rates revenue," said John Webber, head of rating at Colliers International.

"But for the hundreds of businesses in the capital's skyscrapers, the 2017 rating revaluation will bring about the largest changes to business rates in a generation, even taking into account the expected transitional relief.

"Councils in the rest of the country may well be nervous at the prospect of widespread reductions in business rates income but London can expect a windfall.

"These major rises are a by-product of failed Government policy leading to the erroneous decision to postpone the business rates revaluation leaving a seven-year gap between properties being assessed.

"Unsurprisingly, with around 300,000 outstanding business rates appeals in the system, this delay has created a culture of appeals.

"Without clear and direct action, and meaningful reform, these business rates bills will be a tall order for London's skyscrapers."