Garden Bridge might not be built, admits Sadiq Khan

Mayor of London Sadiq Khan has conceded that the Garden Bridge might never be built - but he is reluctant to pull the plug when so much public cash has already been spent. 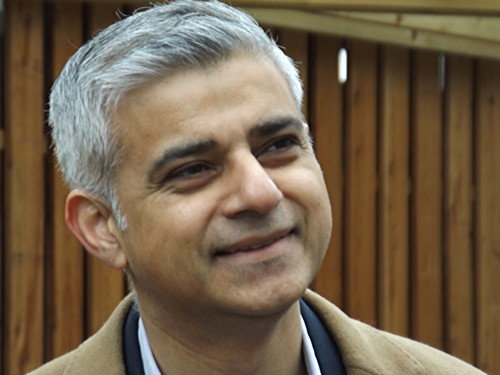 Transport for London and the Government have committed Ł30 million each to the Garden Bridge Trust's Ł175 million project, with some of TfL's contribution taking the form of a loan.

Mr Khan was questioned about the bridge by James O'Brien on LBC radio on Tuesday.

"What I'm not going to do is pull the plug if it means Ł30 million being wasted plus the money spent by the Government," said the Mayor.

He added: "I completely understand the concerns people have around the Garden Bridge ... but what I don't want to do is for ideological reasons – for dogmatic reasons – to waste taxpayers' money.

"I've been quite consistent: what I'm not going to do is spend additional taxpayers' money on the Garden Bridge."

Presenter James O'Brien commented that the Mayor's remarks left open the possibility that the Garden Bridge won't be built at all.

Mr Khan replied: "This is not a state secret, of course that's a possibility."

It's been a few months since we wrote about the Garden Bridge and a lot has happened. Here's a quick summary:

• The Marine Management Organisation has issued a licence to allow construction of the Garden Bridge.

• Vauxhall MP Kate Hoey has secured an adjournment debate in the House of Commons on the subject of the Garden Bridge. It will take place on the evening of Wednesday 7 September.

• Bishop's ward councillors Kevin Craig and Jennifer Mosley have written to the transport secretary Chris Grayling urging him to pull the plug on the scheme.

• The National Audit Office has confirmed that it is investigating the Department for Transport's decision to part-fund the Garden Bridge.

• Mayor of London Sadiq Khan has declined to meet with opponents of the bridge because of an ongoing legal challenge.

• The Garden Bridge Trust is seeking to obtain the right to use the walkway at the side of the IBM building on the South Bank to provide construction access to its proposed site (Lambeth application reference 16/04195/S106).