Daily count of cyclists to be displayed on Blackfriars Bridge screen

A counter showing a daily tally of how many cyclists are using cycle superhighway 6 is to be installed at the southern end of Blackfriars Bridge. 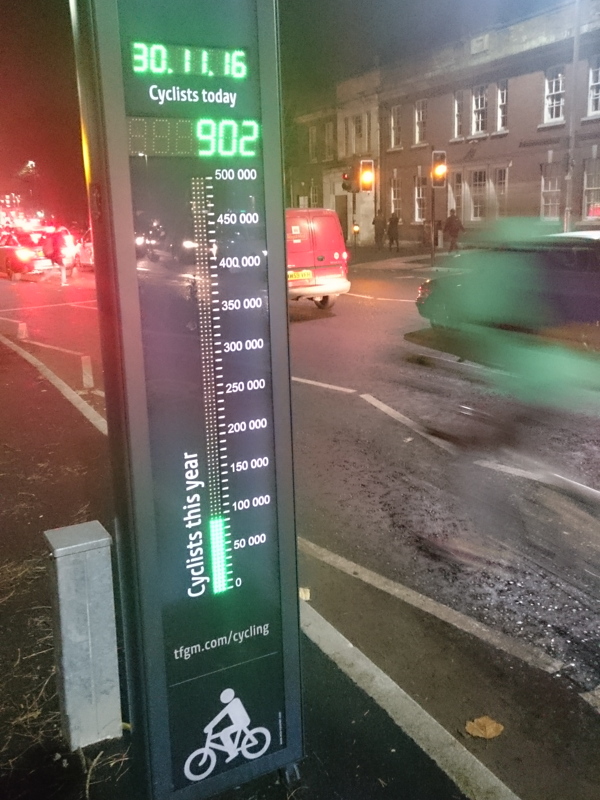 "Two cycle counters with electronic display boards have been installed on each side of Oxford Road, Manchester, on new cycle lanes, with embedded sensors to detect passing cyclists.

"Will you install something similar on cycle superhighway routes in London?"

Mayor Sadiq Khan has replied: "TfL has worked with its supplier to develop the existing Cycle Superhighway signage to include cycle counter technology.

Last November Transport for London said that the number of cyclists using Blackfriars Bridge has increased to 4,695 and 3,722 in the morning and evening peaks respectively, up by 55 per cent since the Cycle Superhighway was opened.

At times, cyclists make up 70 per cent of all traffic on the bridge, according to TfL.

TfL says that since the Cycle Superhighway was completed, southbound journey times for motor vehicles have returned to pre-construction levels – but some northbound journeys which previously took five to seven minutes now take around 10 minutes to complete.

Local resident George Johnston, who writes the Two Wheels Good cycling blog, said: "It's amazing that it's now safe to cycle up and down Blackfriars Road and bridge. You can't put a price on human life and safety, and I'm glad we've prioritised those.

"If TfL wants to reduce motor journey times they should focus on cutting Uber and internet deliveries that increasingly clog SE1's roads and local residents' lungs."