Irvine Sellar - the man whose persistence got the plans for the Shard off the drawing board - has died aged 82. 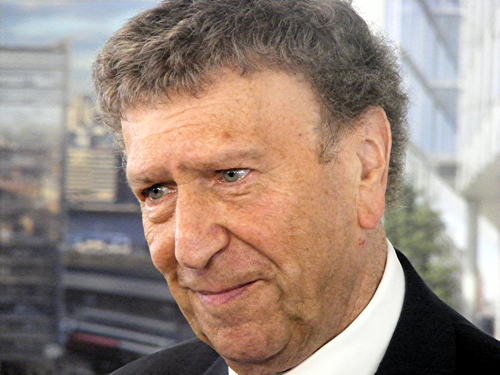 Sellar died on Sunday morning after a short illness, his company said in a statement.

"Irvine will always be remembered for his determination 'against all odds' to create and develop The Shard, a building that changed London's skyline forever," said a company spokesman.

Sellar was part of a consortium that bought the site of what is now the Shard in 1998.

In 2000 Renzo Piano was appointed to design a skyscraper – but it took another eight years and a public inquiry until work finally started in 2008, with the backing of the state of Qatar.

Sellar Group's statement continued: "The property industry has lost an immense and irreplaceable character whose sheer grit and determination will leave a huge void in a sector known for big characters.

"His son James, who has worked alongside Irvine for the past 20 years, will take over running of the Sellar Group."

Southwark Council leader Peter John said on Twitter: "Very sad to learn of the death of Irvine Sellar, the man who changed the landscape of Southwark and London.