Luxury flats next to the Shard to fund Peckham estate development

Councillors are expected to approve plans for a 26-storey tower of luxury flats alongside the Shard next week, but there will be no on-site affordable housing provided by the scheme. 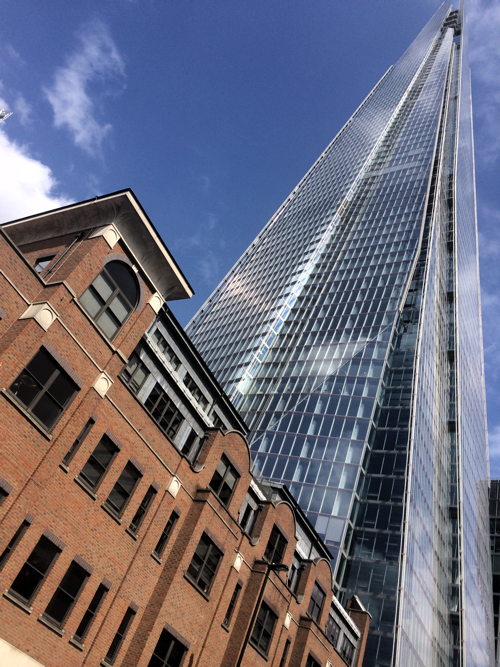 The Shard's developers unveiled their plans for a 26-storey tower on the site to the west of the Shard between London Bridge Street and St Thomas Street earlier this year.

The scheme has been designed by Renzo Piano and includes 148 homes.

The tower is set to be approved by Southwark councillors next week.

The Anglo-Qatari consortium fronted by Irvine Sellar has successfully persuaded planners that no affordable housing can be provided on the site of the development on the grounds that the proposed flats will be so expensive that the income threshold for shared ownership will be vastly exceeded.

The developer argues that the inclusion of affordable homes for rent would require separate stairs and lifts to be provided (so-called 'poor doors') which would result in a larger, less elegant building.

Instead Sellar has struck a deal with Notting Hill Housing to provide the equivalent of 35 per cent of the homes in the new tower as affordable housing on the site of the former Wood Dene Estate in Peckham.

The Wood Dene Estate in Queen's Road was demolished in 2007 and has been mostly vacant since then. The site is 2.5 miles from the proposed development at London Bridge.

If the Wood Dene deal does not proceed, cash from the London Bridge development could instead be used to fund affordable housing on the site of the former council depot in Manor Place Walworth or the site of the Aylesbury Estate.

Should Sellar and Notting Hill fail to build the affordable homes within a fixed timescale, the proposed section 106 agreement provides that the developers will give Southwark Council Ł18.8 million as a payment in lieu.

Grange ward Lib Dem councillor Ben Johnson, whose ward includes the Shard and the proposed development site, said: "This shows that yet again Southwark Council has no interest in building affordable homes in the north of Southwark.

"This money should be spent on housing nearby, not miles away in Peckham. I urge the planning committee to insist that affordable housing is provided on site or nearby for local residents of Borough and Bermondsey."