The Coronet club and music venue at the Elephant & Castle is facing a review of its premises licence after local residents complained of antisocial behaviour - including homophobic and racist abuse - from customers. 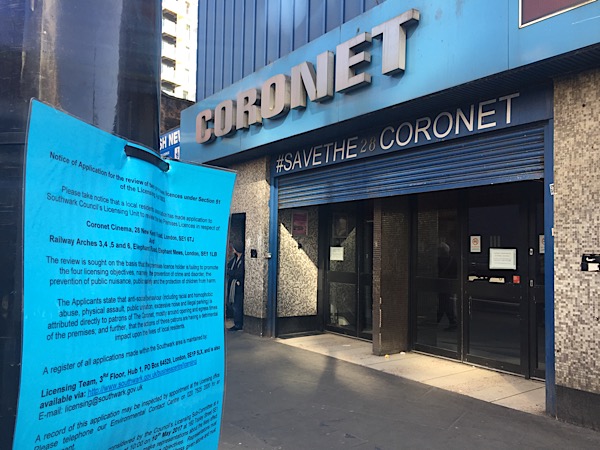 Notices have been posted outside The Coronet in New Kent Road by Southwark Council giving details of the licence review which has been triggered by an unnamed local residents' association.

According to the council's public notice, "the applicants state that antisocial behaviour (including racial and homophobic abuse) is attributed directly to patrons of The Coronet, mostly around opening and egress times of the premises, and further, the actions of these patrons are having a detrimental impact upon the lives of local residents".

The application for a review of the venue's licence will be heard by a Southwark licensing sub-committee on Wednesday 10 May.

The Coronet is due to close next year and the building will be demolished if plans for the redevelopment of the Elephant & Castle Shopping Centre win planning permission.