With weeks to go until Elephant & Castle's Coronet closes its doors for the last time, a new exhibition tells the story of the venue's first female manager, Victorian melodrama star Marie Henderson. 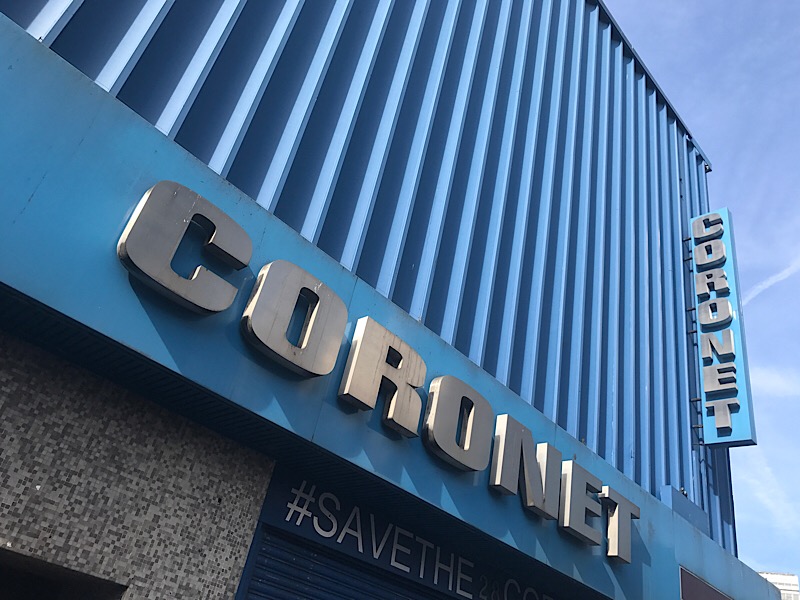 The Melodramatic Elephant in the Haunted Castle is a collaboration between the People's Company based at Southwark Playhouse, theatre director John Whelan and multimedia artist Constantine Gras.

The history of what is today known as The Coronet stretches back to 1872 and the opening of the Elephant & Castle Theatre.

The venu's manager – melodrama star Marie Henderson (1844-1882) – was reported as having gone mad and been sent to Bedlam when the theatre burnt down in 1878 and she lost all her costumes. Her condition would now be recognised as syphilis.

After the fire the venue was rebuilt by Frank Matcham who went on to become a celebrated theatre architect.

In 1932 the theatre was turned into a cinema – a use that continued until the late 1990s – before its conversion into a music venue in 2003.

The Coronet is now in its final days: councillors will make a decision on redevelopment plans for the site on Monday 18 December and the venue will close on New Year's Day 2018.

The exhibition – open until Wednesday 20 December in the former Newington Library in Walworth Road – follows last month's performance of a play at the Coronet itself.

• A CoolTan Arts guided walk – The Lost Cinemas of South London – is being held on Tuesday in connection with the exhibition.