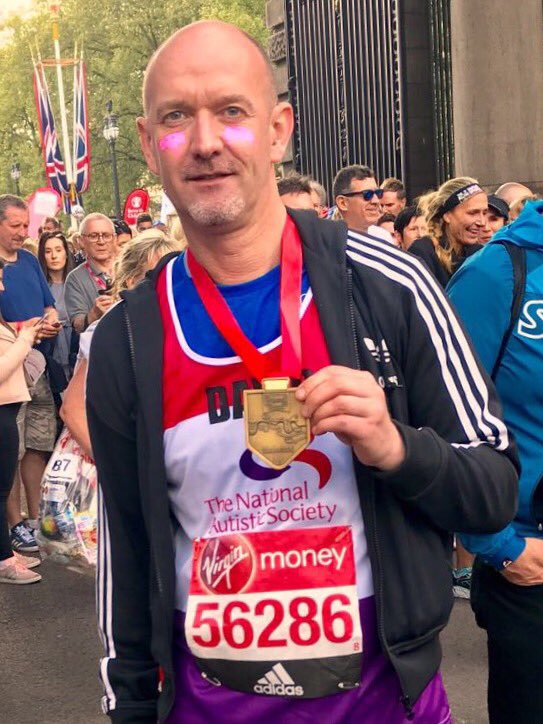 "My opportunity to take part in the London Marathon is thanks to Cllr Kath Whittam, the current Mayor of Southwark, and therefore my primary charity is the National Autistic Society, which is one of the Kath's two chosen charities for her fundraising efforts during her mayoral year," said Cllr Noakes.

"Kath has very kindly also allowed me to raise money for 3 local charities in Cathedrals ward.

"These are Bankside Open Spaces Trust (BOST), Blackfriars Settlement and Age UK Lewisham and Southwark, all of which do amazing work in our local area."

From the money raised so far, the National Autistic Society will get £1,500, and the three local charities at least £500 each.

Cllr Noakes added: "I should also be able to make a donation of £500 to Rekar Ahmed, the Kurdish Iranian asylum seeker, who was brutally attacked by a gang of up to twenty youths in Croydon, while he waited at a bus stop with two friends, on 31 March."

You can add your sponsorship at http://www.justgiving.com/CllrDavidNoakes

• Tom Heys, who was one of Cllr Noakes' Labour electoral opponents at the last local elections, also ran the marathon in aid of BOST, of which he is a trustee. His sponsorship page is at http://uk.virginmoneygiving.com/tomheys