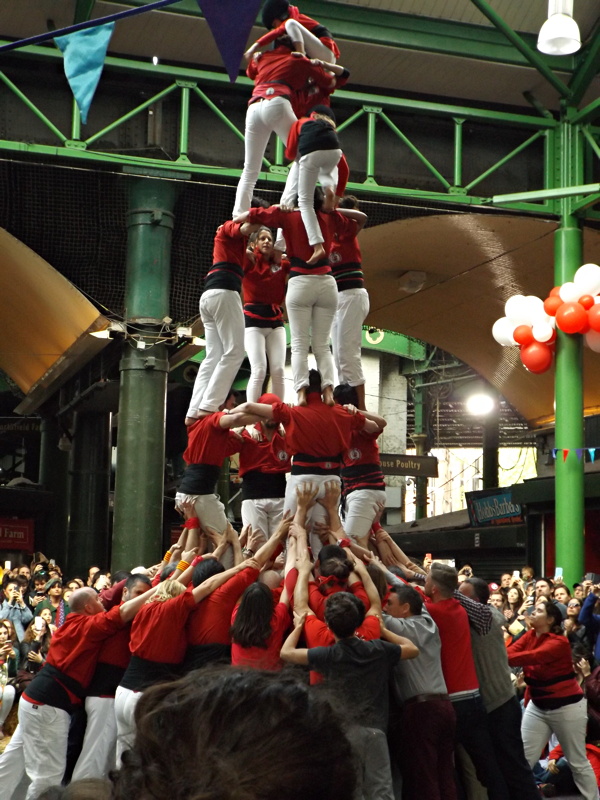 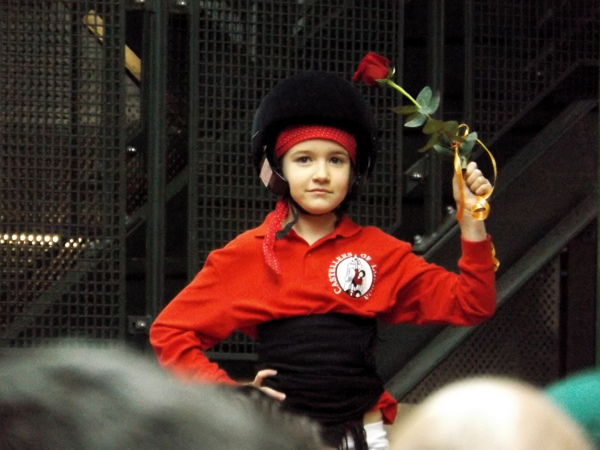 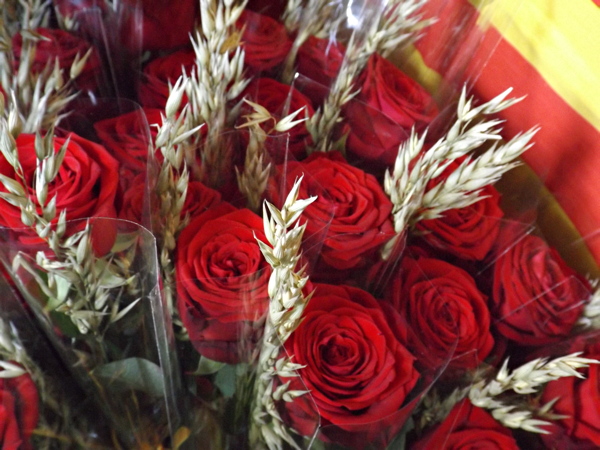 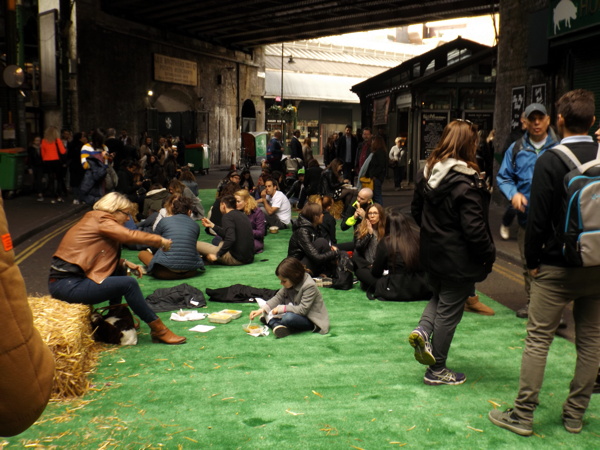 Bedale Street was closed to traffic

England and Catalonia, Southwark and Barcelona, share St George as patron saint and on Sunday afternoon Borough Market was the focus for English and Catalan food and customs.

The Lions part theatre company staged its St George and Dragon play twice and the Castellers of London built several human towers cheered on by the Anglo-Catalonian crowd.

Castellers of London rehearse weekly all year at Guy's Hospital using Atrium 1 which has a high ceiling. The human tower is a 200-year-old Catalan tradition

Many people in the crowd were holding the traditional red rose with a sprig of wheat representing fertility.

As in Las Ramblas in Barcelona there were several bookstalls reflecting a tradition started in the 1920s to highlight St George's Day being the anniversary of the death of both Miguel de Cerventes and William Shakespeare.