A major donation to fund research into a cancer that kills 15 people every day in the UK is set to benefit patients at Guy's and St Thomas'. 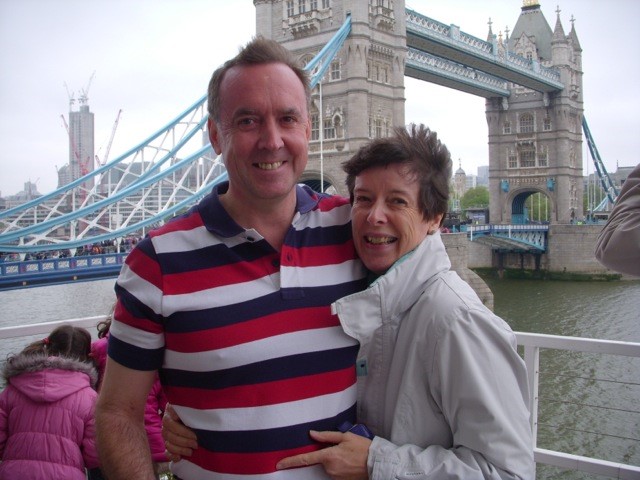 The money is being donated in memory of Graham Roberts who died of bladder cancer in July 2016 at the age of 58, following 20 months of treatment led by Dr Simon Chowdhury of Guy's Hospital.

Before his death, Graham Roberts discussed the proposed gift with his wife and Dr Chowdhury.

Dianne, 58, from Belgravia, said: "Graham wanted to make a difference because once we realised the cancer had spread and there were no treatment options for him he wanted to help other people in his situation.

"Graham faced his battle with cancer completely stoically. His attitude was he was going to meet it head on and he was going to beat it. Graham was incredibly positive right up until the end.

Graham Roberts was chief executive of healthcare property firm Assura from 2012 to 2016 and finance director at British Land from 2002 to 2011. He was also a non-executive director of Balfour Beatty from 2009 to 2016.

Graham and Dianne's donation of Ł1.79 million, over five years, is to the Translational Oncology and Urology Research (TOUR) team at King's College London and Guy's and St Thomas' NHS Foundation Trust.

The TOUR team, jointly led by academic lead Dr Mieke Van Hemelrijck and clinical lead Dr Simon Chowdhury, will focus on the creation of a new bladder cancer biobank and a parallel research programme which will increase the number of patients being treated in clinical trials.

The creation of the biobank involves the collection and central storage of tissue, blood and urine samples from patients being seen at the new Cancer Centre and the Urology Centre at Guy's and follows on from the team's successful creation of a similar biobank for prostate cancer.

Consultant medical oncologist Dr Simon Chowdhury said: "This major donation from Graham and Dianne will increase our understanding about bladder cancer and ultimately improve treatment for this awful disease".

Dianne explained: "The problem we found was Graham's cancer was not responsive to the gold standard of chemotherapy and there aren't any choices beyond that. There aren't any tests that will actually find out whether or not you're going to respond to the only treatment that is available.

"The double edged part of the research is finding out whether people are going to respond to what is available and also finding new treatments for those who need them."

The TOUR bladder cancer team will include dedicated clinicians, researchers, nurses, technicians and students. A new post, the Graham Roberts Clinical Fellow, has also been created. This post will be an annual appointment designed to attract bright young talent into the field of cancer research.