Dozens of taxi drivers brought Blackfriars Road to a standstill for two hours during Tuesday evening's rush hour in protest against Transport for London's handling of the cab trade. 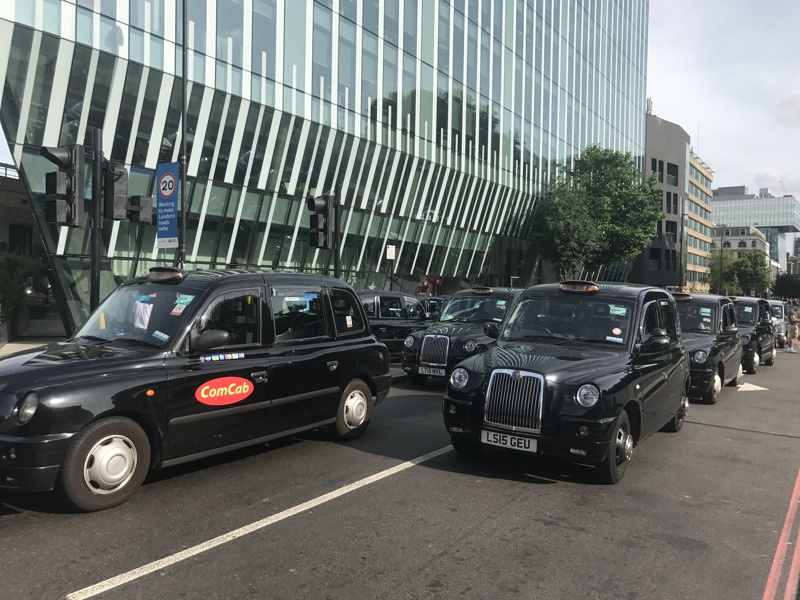 The protest was centred on TfL's taxi and private hire office at 230 Blackfriars Road.

Cabbies complain that TfL bosses and City Hall politicians have failed to meet them to discuss threats to the trade such as the proliferation of minicabs using Uber and similar apps.

Last month Mayor of London Sadiq Khan gave this answer to a question tabled by UKIP AM David Kurten: "In my Taxi and Private Hire Action Plan, I committed to review engagement arrangements with the taxi trade.

"Key trade bodies were involved in discussions about the new arrangements and these have recently been put in place. As part of this new plan, the major trade representatives have the opportunity to meet with my Transport Commissioner, Mike Brown, along with other senior representatives within TfL providing a direct route to the relevant operational teams.

"The trade also has a long standing and productive relationship with my Deputy Mayor for Transport, Val Shawcross, who has met trade representatives on a number of occasions.

"I will of course consider any requests to meet with trade representatives on a case by case basis."