An emergency phone handset intended to allow the public to seek help in a crisis has been stolen ... from the front wall of Southwark Police Station in Borough High Street. 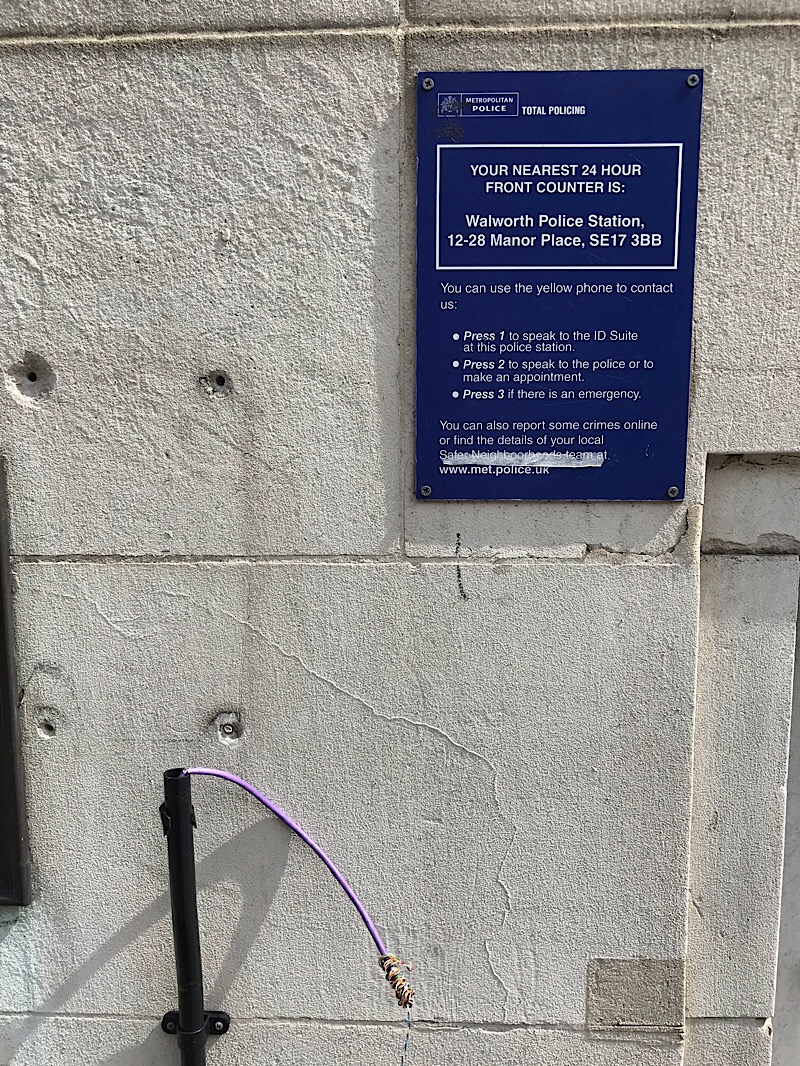 The front desk at Southwark Police Station is open on weekdays between 10am and 6pm. Outside those times, the public must use the phone to seek assistance from the police.

The yellow phone has been missing from the police station for at least the last three months, leaving bare wires exposed.

A notice giving instructions on how to use the phone remains in situ.

"Action is in hand to have it replaced. At this time there have been no arrests."

The number of police stations with front desks open to the public is likely to be cut dramatically in the next year as the Met faces budget cuts.

At at recent Borough, Bankside & Walworth Community Council meeting borough commander Ch Supt Simon Messinger said there was no immediate threat to the future of Southwark Police Station but indicated the building was now quieter than it used to be as the senior management team for the borough's policing has relocated to Peckham.