Cleaners working on the London transport network and their union representatives held a protest outside City Hall and at the offices of outsourcing firm ABM UK in Borough High Street on Wednesday afternoon. 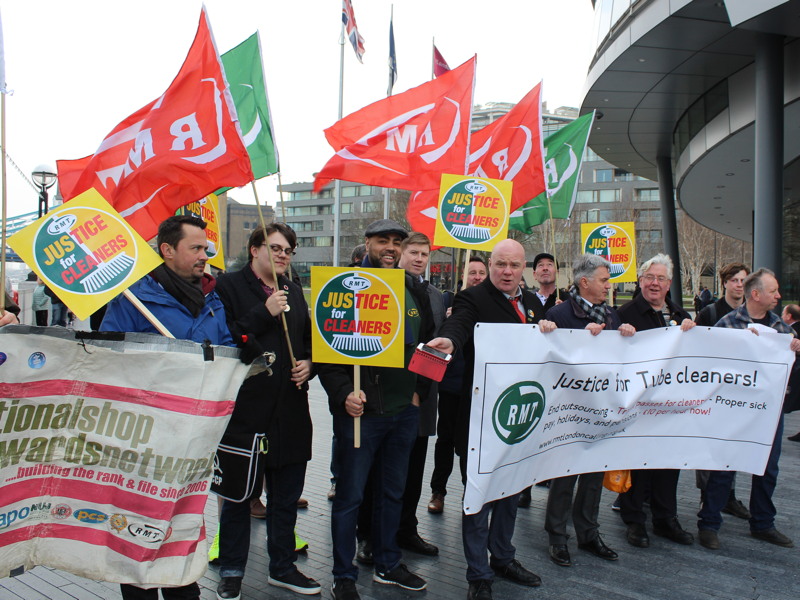 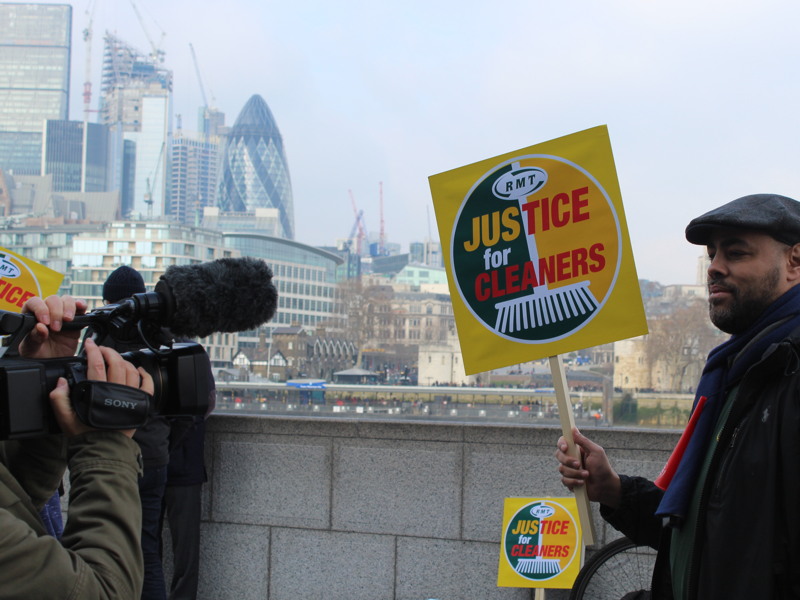 The demo – called by the RMT union – began at City Hall with campaigners then moving on to the nearby ABM headquarters at George House in Borough High Street.

The union wants cleaners to be directly employed by TfL and to receive benefits such as free travel, enhanced sick pay and improved wages reflecting the often anti-social hours which they work.

The RMT claims that the London Living Wage of £10.20 an hour doesn't offer its members a decent quality of life and wants tube cleaners to earn £12.50 an hour.

"Our cleaners are an integral part of the transport team in London and it is disgusting that they are being treated like second class citizens by these outsourcing companies," said RMT general secretary Mick Cash.

"These workers deserve workplace justice and that can best be achieved by bringing their functions directly in-house.

"ABM is already busy ripping up the sick pay policy of workers who transferred to it from outsourcing company Vinci.

"These protests will shine the spotlight on exactly what is going on."

In a statement, the company told the SE1 website: "ABM UK is working closely with TfL on all aspects of the contract.

"As we are very much in the early stages, there is more work to be completed; but as with any TUPE transfer, employees will receive terms and conditions that are at least as good as those they had previously."

Vauxhall MP Kate Hoey has tabled an early day motion in the House of Commons supporting the cleaners and criticising ABM for imposing an "inferior" sick pay scheme.