A proposal by developer Frogmore for a 274-room "mid-range" hotel on land formerly part of the further education college on The Cut has been approved by Southwark councillors. 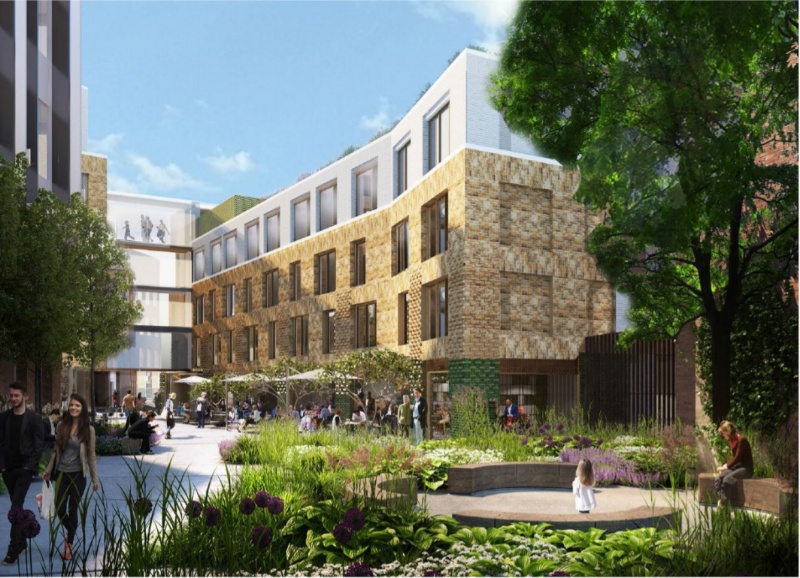 Lewisham Southwark College sold the southern half of its Waterloo campus in 2014 for £14.5 million.

Plans for a development of 60 homes by Acorn and Galliard were approved two years ago, but last year Frogmore acquired the land with a hotel scheme in mind.

The seven-storey 274-room hotel will have its entrance via a new alleyway between the college building and the Tas restaurant on The Cut.

The scheme has been designed by Dexter Moren Associates who have also designed a number of other local hotels including the Travelodge in Union Street.

"Bankside and South Bank are now major tourist destinations, and it is reasonable to expect hotels to co-locate with tourist attractions to support the visitor economy," said planning officer Yvonne Lewis.

The council's own analysis shows that there are 6,076 hotel rooms existing or under construction in a 750 metre radius of the Ufford Street site.

Objector Bernard Baine of Burrows Mews told the committee that the proposed hotel was too close to nearby buildings, in breach of design standards.

Frogmore's Hanne Puttonen addressed the meeting to explain that the site is "perfect for a hotel" which she said would create around 100 jobs.

Ms Puttonen said she couldn't reveal the name of the prospective "mid-market operator" of the hotel.

Cathedrals ward councillor David Noakes urged the committee to exercise caution: "We are not short of hotel rooms in Southwark," he said. "I would therefore question whether we need another hotel in this location."

Cllr Noakes showed the committee photos of an articulated lorry damaging a parked car whilst negotiating the corner of Short Street and Mitre Road and urged them to add conditions to the planning permission to control vehicle movements.

Committee member Cllr Hamish McCallum noted that Southwark had already well exceeded the targets set by the Greater London Authority for the provision of new hotel rooms by 2043.

As some of the hotel rooms are in the basement, the developer has had to produce a flood evacuation plan for the scheme.

Under the plan, in the event of a Thames flood warning, guests would be directed to a muster point on higher ground at Nursery Row Park in Walworth, some 1.3 miles away.