Grand Iftar held at Southwark Cathedral on anniversary of attack

A Grand Iftar - a meal after sunset during the month of Ramadan - was held at Southwark Cathedral on Sunday night in partnership with the Bankside Residents' Forum and as part of the programme of events to mark the anniversary of the London Bridge attack. 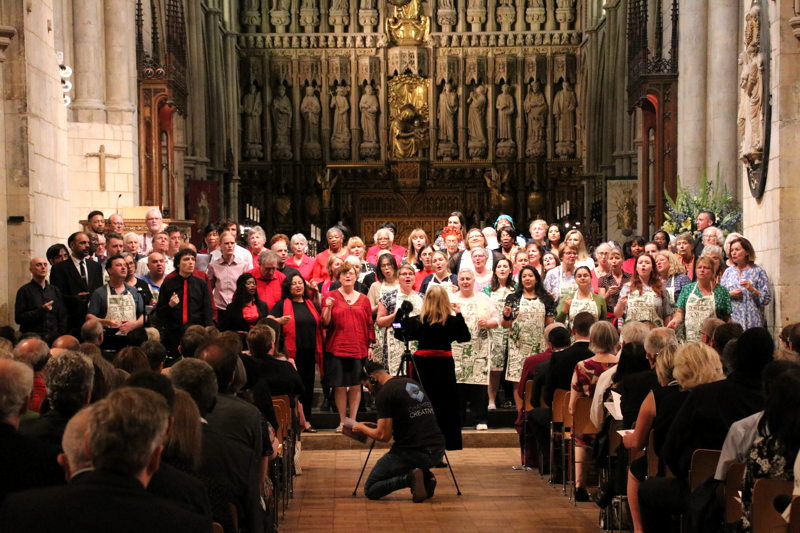 The Bankside Community Choir - and other local choirs - sang during the event. Photo: Diocese of Southwark. 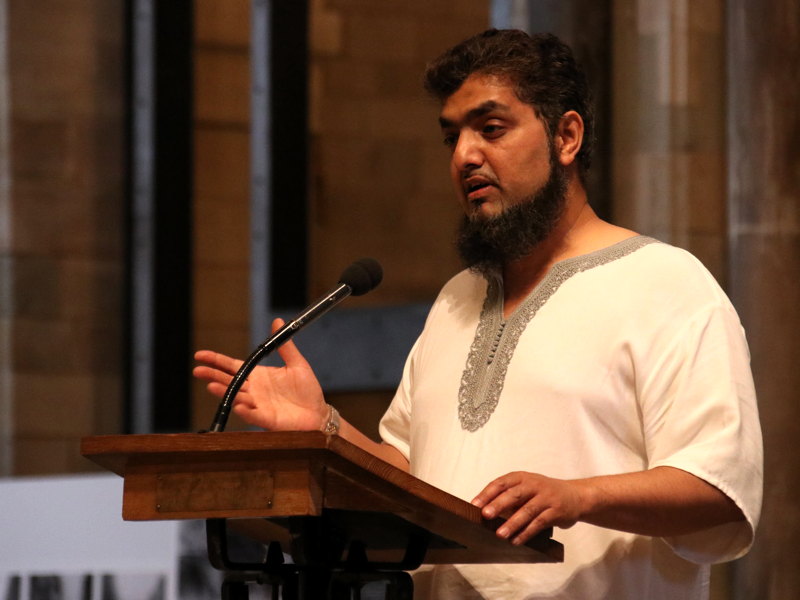 Ahmed Uddin from Harper Road Mosque called for dialogue and education to promote a united community. Photo: Diocese of Southwark.

This was the second year that BRF and the cathedral have jointly hosted an iftar as a community meal of fellowship and hospitality.

The event followed the Service of Commemoration for the first anniversary of the attacks on London Bridge, and after a welcome from the Dean of Southwark, the Very Revd Andrew Nunn, contained contributions from the Borough Market Choir, Ahmed Uddin of Harper Road Mosque, Harun Khan, secretary general of the Muslim Council of Britain, the Bankside Community Choir and Amir Eden, chair of the Bankside Residents' Forum.

A moving spoken word piece, taken from TESTIMONY – a memory project, was also performed by 20 people caught up in the attack and its aftermath, and was put together from their accounts of 3 June 2017. TESTIMONY is a project by local writer Michelle Lovric.

The Bishop of Southwark, the Rt Revd Christopher Chessun, addressed the attendees of the iftar, speaking on the theme of 'a city of peace, a community of peace' before inviting those gathered at the cathedral to exchange a sign of the peace with one another.

Amir Eden said: "Today has been a very important day, marking the first anniversary of the attack, and the Iftar has been part of that healing process which the Dean and Bishop Christopher have spoken about. We've seen the community coming together over the past year, and this event is another opportunity to bring people together – of different religions and of no particular religion – to celebrate our love and compassion for each other."

The Dean of Southwark, the Very Revd Andrew Nunn, said: "We are pleased to be able to host the Iftar for the second time as a sign of the solidarity and diversity of our community and how we continue to grow and work together for the good of all in the Bankside area."

The Bishop of Southwark, the Rt Revd Christopher Chessun, said: "There were seeds of hope even in the darkest moments of those eight minutes of terror during the London Bridge attack and over the last year these have continued to bear fruit not least in the rallying together of the local community.

"The Grand Iftar is a wonderful example of this community coming together to celebrate what we have in common and to work for a future built on faith, hope and love, whilst not forgetting the tragic events of a year ago."

• Last month Amir Eden was named 'young citizen of the year' at the Southwark Civic Awards.