A blue plaque recognising Borough Market's status as "London's oldest fruit and veg market" has been unveiled by the Mayor of Southwark. 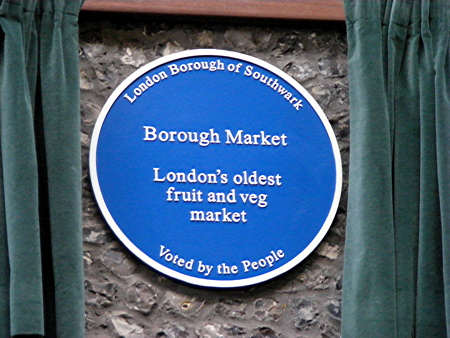 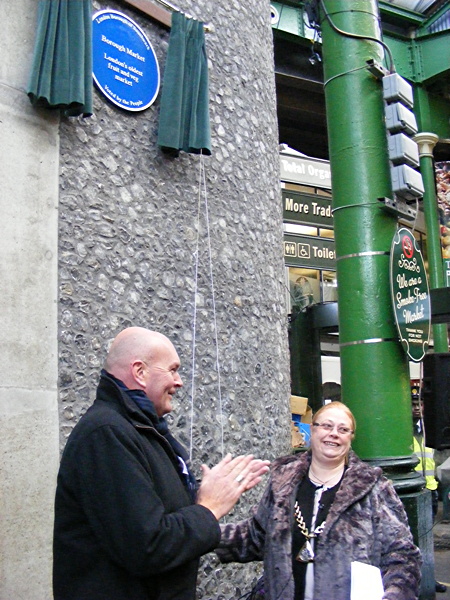 The new plaque is part of Southwark's scheme which enables residents to vote for the local people and institutions they think deserve recognition.

Borough Market was chosen to receive a plaque back in 2003 after a campaign supported by Jamie Oliver but the blue disc has only just been installed.

The plaque was unveiled by the Mayor of Southwark, Cllr Lorraine Lauder, at a ceremony in the market's Middle Road on Thursday morning.

"Borough Market is honoured to have been awarded this blue plaque voted for by the people of Southwark," says Donald Hyslop, chair of the market trustees.

"Since the 13th century, the market has served London and continues to do so today, providing the city with a sustainable, independent, quality food market, rooted in the local community."

Market trader Philip Crouch of the Parma Ham & Mozzarella Company said: "Borough Market's traders share a love of food and many of them make, grow and rear the produce they sell so our customers know exactly where their shopping has come from.

"As a result, the market is a vast repository of culinary knowledge. It is a place to explore, to ask questions, discover new flavours and savour the unique atmosphere."

2012 will be an important year for the market as work on the Thameslink railway viaduct finally reaches a conclusion and Three Crown Square will be reopened after three years of disruption.