Capital Kebab House in The Cut - is it London’s finest?

A kebab shop in Waterloo popular with local emergency services workers has been shortlisted for a prize at this year's British Kebab Awards. 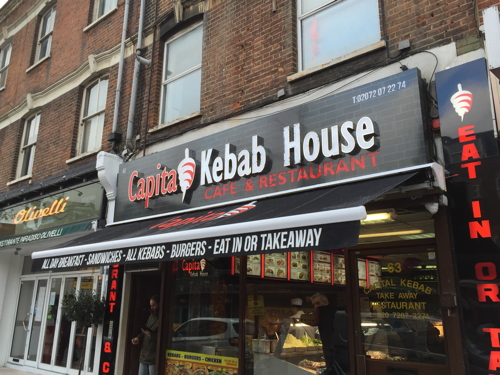 Capital Kebab House in The Cut has been shortlisted in the London takeaway category of this year's British Kebab Awards.

It's not uncommon to see police vans parked outside. That's not because there's trouble, but because local cops know it's a reliable stop-off point for refreshments.

Winners are determined according to a variety of factors, including public votes at http://voting.britishkebabawards.co.uk

The Waterloo takeaway also reached the shortlist back in 2016 but missed out on the prize.

Dogus devised the awards to celebrate the kebab trade's contribution to the UK economy.

The 2019 winners will be announced at a Ł276-a-head ceremony on Monday 18 March at the Park Plaza Westminster Bridge hotel.

The kebab awards have become a regular fixture on the political and media calendar, drawing VIP guests as well as endorsements from both Theresa May and Jeremy Corbyn.