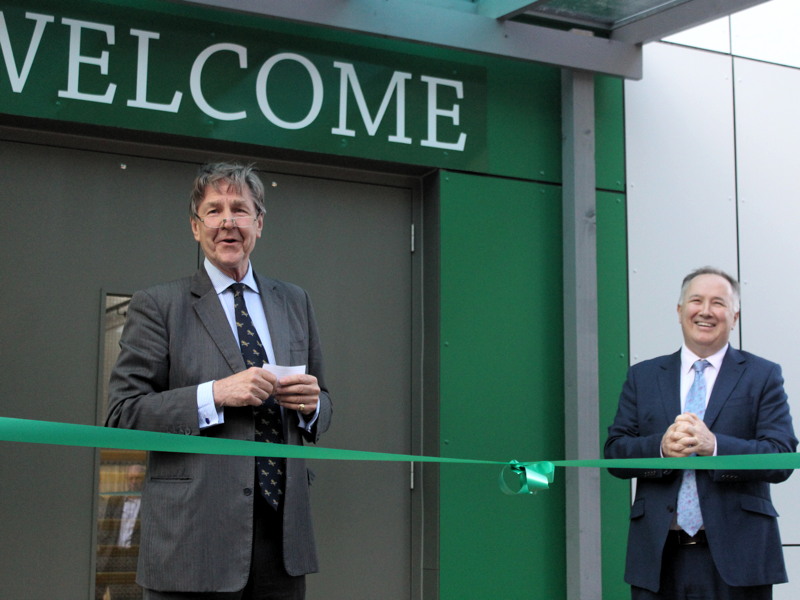 Bruce Powell, past master of the Worshipful Company of Haberdashers, prepares to cut the ribbon to open the school, watched by principal Declan Jones 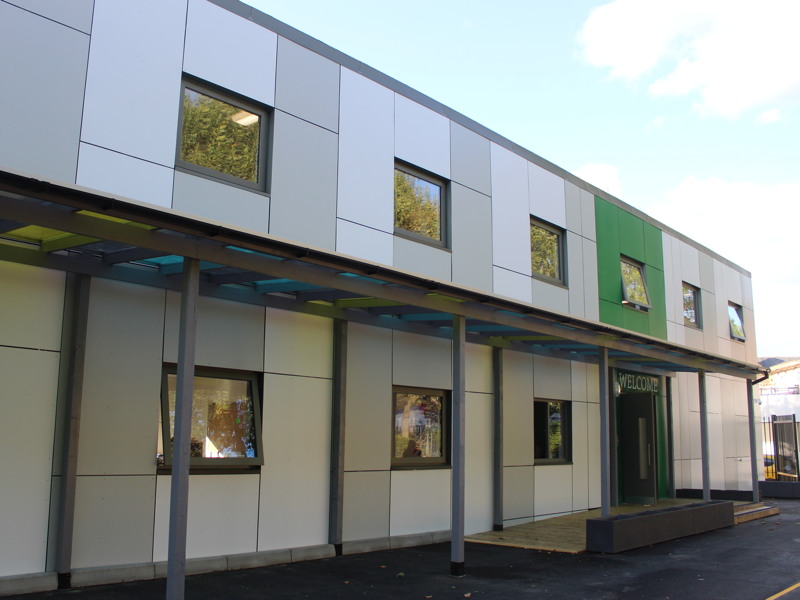 The school will have its permanent home on Southwark Bridge Road as part of the redevelopment of the former London Fire Brigade training centre, but in the meantime is operating from a temporary building in Sawyer Street.

Contractors worked extended hours to get the building ready in time for the first cohort of year 7 pupils.

By 2023, the school will have a sixth form and will eventually accommodate 1150 pupils.

"The sale of the fire station came at a perfect time for us," said Paola Perissinotto, one of the local parents who led the campaign for a new secondary school in the area.

"We had all started to be concerned about having to send our children on long journeys out of the area to good secondary schools," she said.

"Borough desperately needed a mixed, non-selective secondary school to complement the amazing primary schools we have.

"Seeing the school taking shape now is so rewarding and worth every second of the campaigning, meetings and interviews it took to secure it."

Alongside the school, developers Hadston are creating new homes on the site of the former firefighters' training centre site under the name Brigade Court.