Mayor of London Sadiq Khan is poised to cut the amount developers will pay to buy the former Southwark Fire Station complex from £54 million to £42 million to resolve a controversy over a lack of affordable housing and delays to a new secondary school. 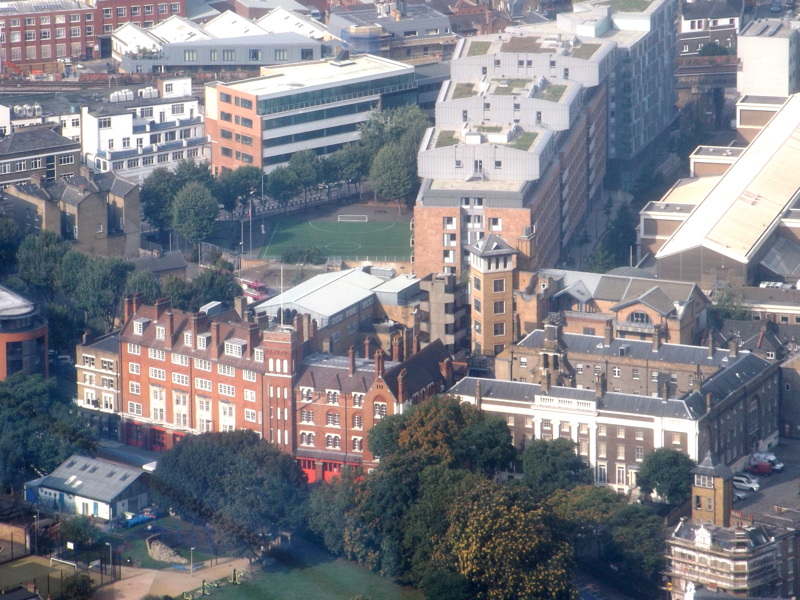 If the scheme is approved next week, new homes will be built on Sawyer Street, with the school occupying Winchester House (right) and new sports facilities built on the Grotto Podiums site 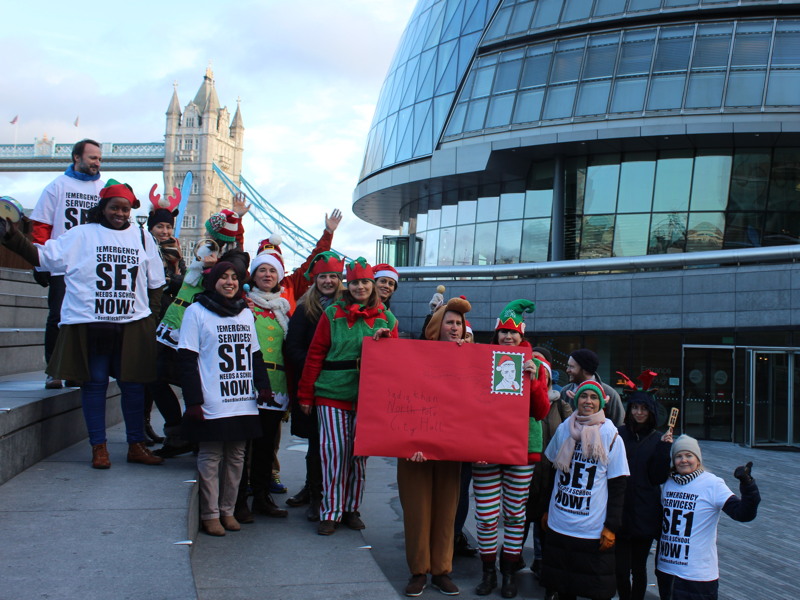 Before Christmas, local parents lobbied Sadiq Khan to sort out the impasse to make sure it didn't scupper plans for the new secondary school

Developer Hadston is proposing 199 homes in buildings up to 10 storeys high, as well as premises for the Haberdashers' Aske's Borough Academy secondary free school.

Last November we reported that the scheme had been held up by discussions between Southwark Council, City Hall and the developer over the lack of affordable housing in the proposed development.

Just before Christmas a group of local parents delivered a petition to Mayor of London Sadiq Khan at City Hall urging him to resolve the situation to avoid the secondary school plan falling through.

Now it's been revealed that Mr Khan is prepared to revisit the Hadston deal – agreed during the tenure of his predecessor Boris Johnson – to cut the sale price for the land from £54 million to £42 million.

"The applicant is currently assessing the implications of accommodating affordable housing, including social rented housing, on site within the proposed new blocks," writes planning officer Daniel Davies in his report for next week's planning committee meeting.

"At this late stage, it would not be feasible to carry out any substantial redesign, therefore the need to avoid shared cores, and the current dwelling mix, do raise some issues for the scheme.

"Therefore it may be necessary to consider other options including an in lieu payment to fund off-site delivery given the urgency to reach a conclusion on this issue."

Further details of the proposed affordable housing deal will be presented to councillors before they make a decision on Tuesday night.

The cut in sale price will affect the budget plans of London's fire service, with a recent financial report to the London Fire & Emergency Planning Authority warning of further debt charges if the capital receipt from the Southwark site was delayed.

Southwark Fire Station closed four years ago as part of a programme of cuts pushed through by Boris Johnson.