Plans for Potters Fields Park to host a 'football village' during this summer's Euro 2020 championship have been announced by the Mayor of London. 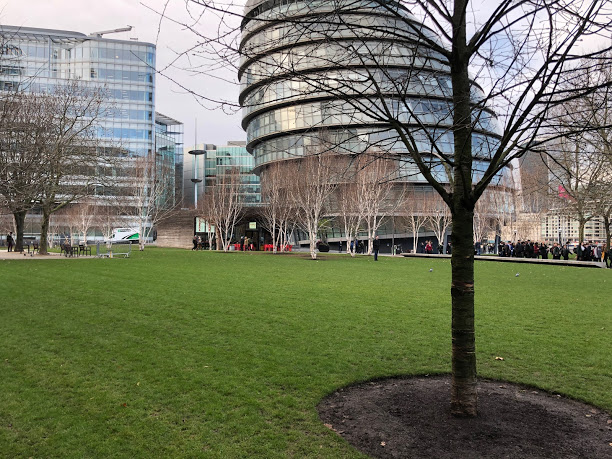 The Mayor revealed at the end of December that Potters Fields Park, next to City Hall and Tower Bridge, will host a family-oriented free 'Football Village' throughout the tournament.

It will feature free activities for all the family, including cultural entertainment, football drills and skills and community activities.

A similar event was held in the park during the London 2012 Olympics and Paralympics.

Some Euro 2020 games will also be screened at the Football Village, although England matches and other high-profile matches will be screened at locations with a bigger capacity.

"I am so excited that we are hosting seven games at next summer's championship," said Sadiq Khan.

"Once again, we will show that London is open to the world as we welcome sports fans and football stars from all over Europe."

Sheila Benjamin, chief executive of the Potters Fields Park Management Trust, said: "The EUROs will be one of the highlights of 2020 and we are delighted to be working with the Mayor and other agencies to showcase London as the greatest city in the world.

"We will be working closely with businesses and local residents to deliver a memorable summer experience and can't wait to welcome Londoners and visitors from around the world to Potters Fields during the tournament."

• An FAQ about the Football Village can be found on the Mayor of London website.