Shops and offices in Tooley Street and on the More London estate were shut on Thursday morning after a burst water main flooded part of the street. 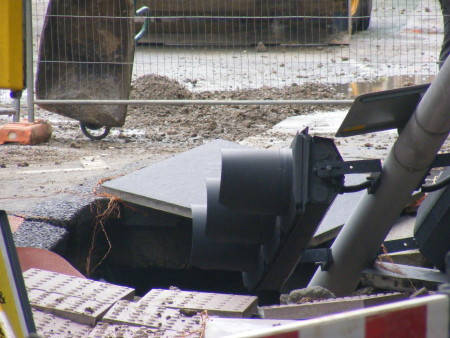 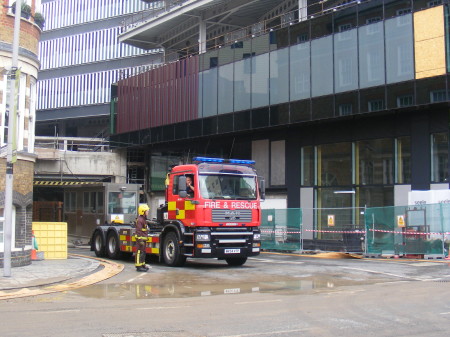 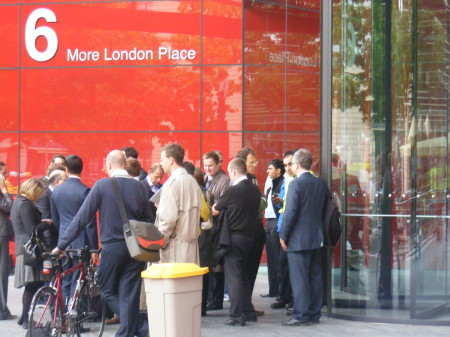 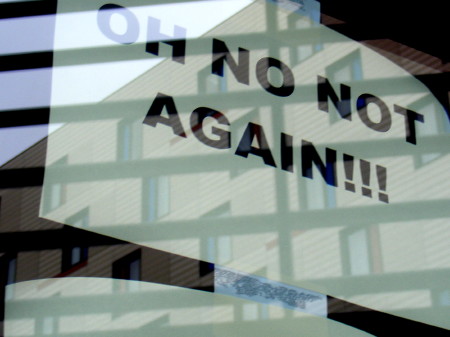 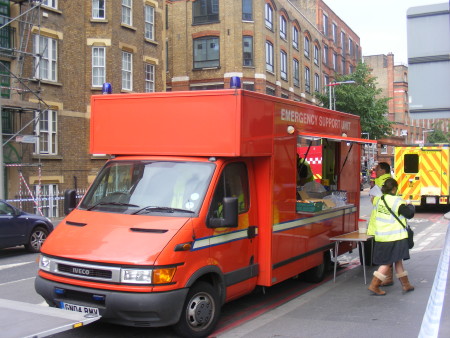 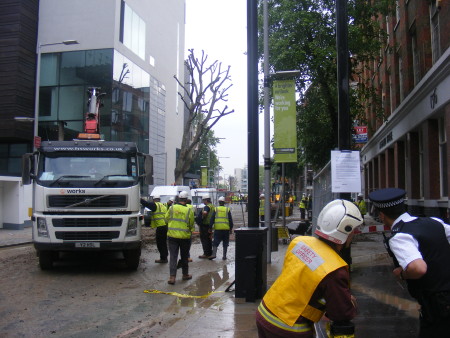 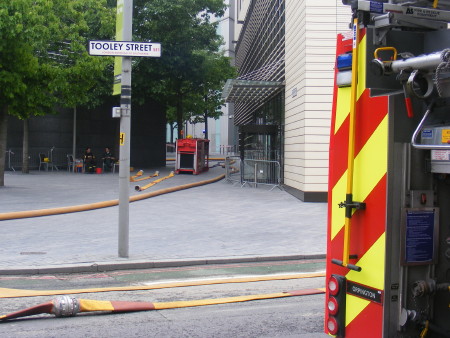 The burst water main happened just over a year after a very similar flood just a few yards away.

The fire brigade was called just after 4am on Thursday. Eight fire engines and around 40 firefighters were sent to the scene with high volume pumps to clean up the mess.

Once again firefighters had to pump water out of the vast underground service area below the More London estate.

City Hall was closed to members of the public but open to staff. M&S Simply Food was open as usual.

Ernst & Young's offices were open but a sign in the foyer warned staff that the lifts were out of action and that they could expect to be asked to leave the building at short notice.

Cafe Amore best captured the mood on the More London estate with a sign in the window: "Oh no not again!" Customers were redirected to their sister establishment Most Cafe Bar underneath Tower Bridge.

The Salvation Army brought in its emergency support unit to keep firefighters and other emergency workers fed during the morning.

The closure of Tooley Street led to heavy traffic on nearby streets including St Thomas' Street and Borough High Street as well as disruption to local bus services.

• If you've got any pictures of the actual flooding on Thursday morning, please get in touch!

• 2pm update: a Thames Water spokesman says that Tooley Street could be closed to traffic for about a week whilst repairs are made.