Tooley Street was sealed off late on Thursday night as water gushed high into the air from a burst water main just yards away from the site of two similar incidents in the past two years. 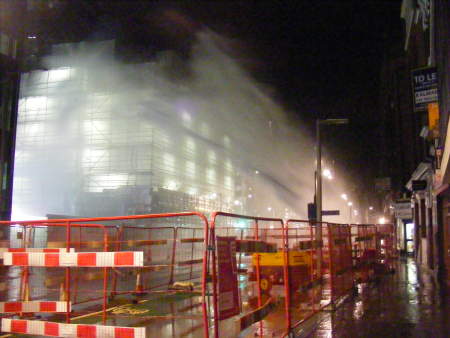 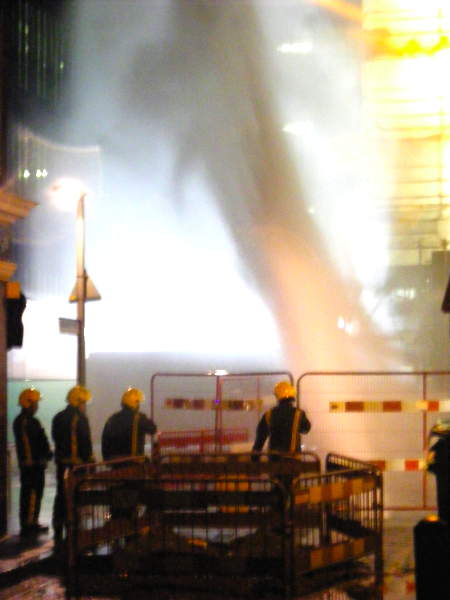 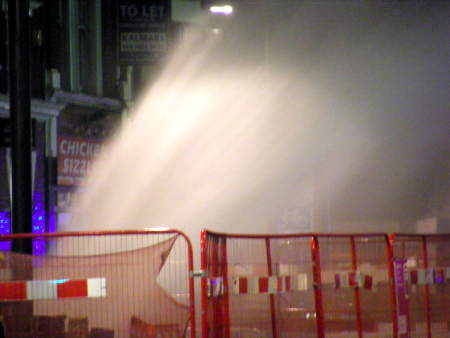 The water main burst some time before midnight at the junction of Tooley Street and Magdalen Street, next to the Stress Exchange.

The jet of water landed in the gap between the new PricewaterhouseCoopers building at 7 More London Riverside and the old fire station which is currently being refurbished.

The torrent of water came from a trench where Thames Water is currently replacing the water main with the aim of preventing a repetition of the floods which caused such damage and disruption in April 2008 and May 2009.

Four fire engines – including crews from Southwark and Old Kent Road fire stations – were called to the scene, as well as a number of support vehicles.

Once again water poured down Braidwood Street and into the underground servicing area for the More London estate. Police officers put sand bags in place to try to contain some of the water.

Staff from contractors Morrison arrived at the scene at about 1am. Thames Water staff arrived just before 1.15am. Twenty minutes later they managed to turn off the water main.

• On Wednesday afternoon there was a small flood in Borough High Street where roadworks are also under way.