Street gamblers ‘seem to act with impunity’ despite PSPO

A Lambeth councillor has warned that street gamblers on Westminster Bridge "pose a massive security risk" and "seem to act with impunity" despite the imposition of a Public Space Protection Order (PSPO) to curb 'cup and ball' games and similar scams. 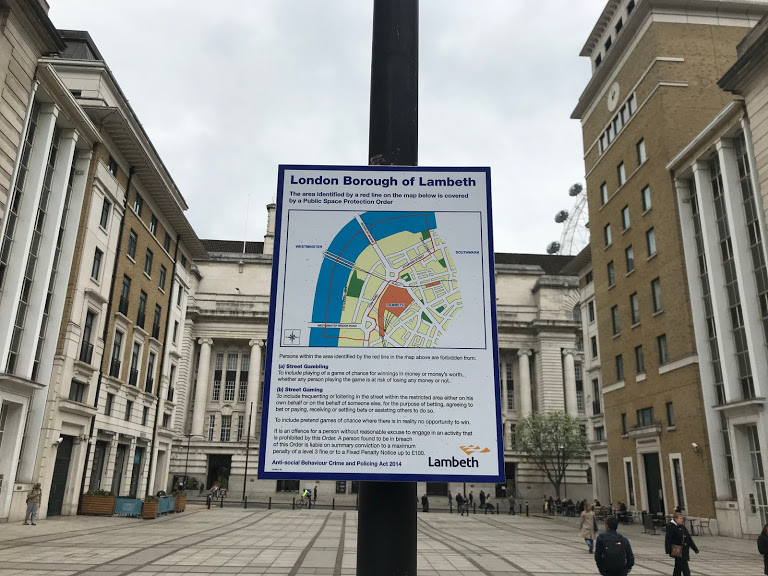 At last week's overview and scrutiny committee, Cllr Danny Adilypour said: "I just want to ask for an honest reflection on how that is working, because just from my perspective, I cross that bridge several times every week, and I always see street gamblers there, and it does seem that most of them act with impunity.

"And to me ... it goes beyond the basic nuisance of what's going on because Westminster Bridge is in a high risk security area that could easily be targeted for terror attacks again in the future. It needs to be mobile and fast moving.

"When we have these clusters of people who are basically static for long periods of time, that becomes a massive security risk.

"I was wondering, has the enforcement been working so far and what can we do to make it even better?"

Kristian Aspinall, Lambeth's assistant director for community safety, replied: "I think it's worth saying that the PSPO was never supposed to be the solution to all of that.

"It was the local authority giving police and our own enforcement officers another tool to enable them to better enforce that difficult problem because it verges between antisocial behaviour, illegal gambling and potentially illegal behaviour."

He added: "We are also working with the boroughs that we've identified where the people who are doing the street gambling are coming from, because they're not from this area of London. A lot of them are linked to organised groups operating elsewhere.

"And so we're doing work with those boroughs around how we can stop that flow.

"It's also worth noting that one of the things that slightly delayed the impact of that PSPO was obviously the bridge is half ours and half Westminster's and I think we were more keen to implement than Westminster ... so obviously, that made it slightly difficult because we could only enforce on half the bridge."

Supt Ian Howells of Lambeth Police confirmed that officers had made a number of arrests in East London in connection with illegal gambling on the bridge.