The pavement on London Bridge has been divided into northbound and southbound lanes to aid social distancing. 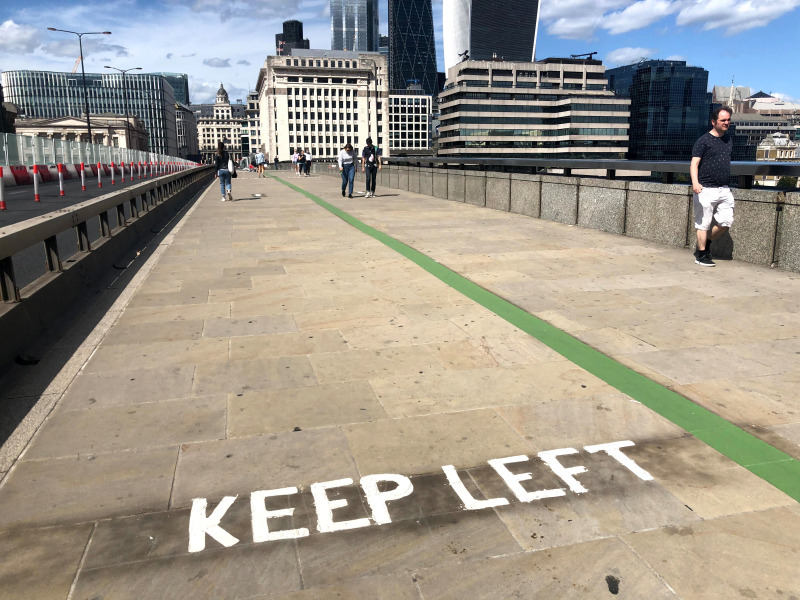 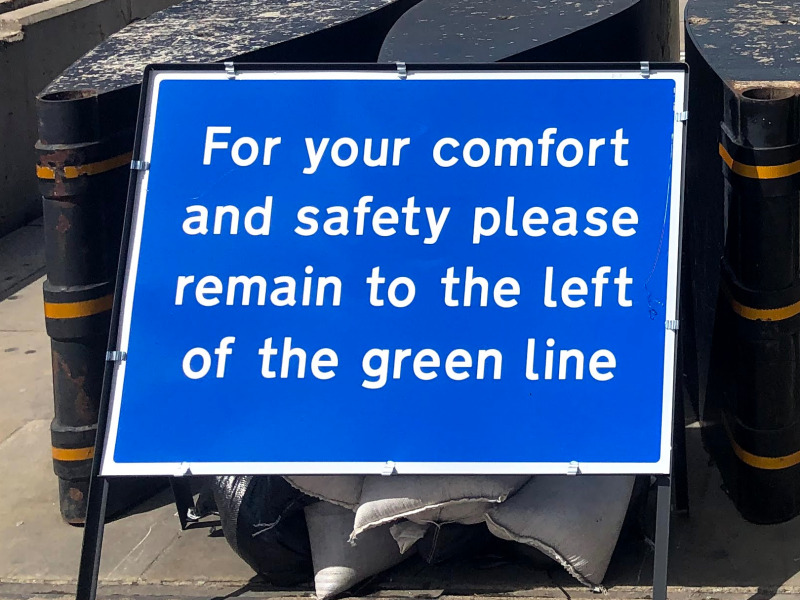 At present only the eastern (downriver) pavement of London Bridge is open to the public due to waterproofing works being carried out on the bridge deck.

The pavement has been divided into two lanes separated by a green line, with pedestrians asked to keep to the left hand side.

Work on the bridge deck is due to shift from the western side to the eastern side on Monday 1 June.

The current maintenance works by the City of London Corporation means that cars, vans and lorries are at present banned from London Bridge – a measure that could be introduced on a longer-term basis as part of the Mayor's Streetspace London plans.