Thameslink "a tragedy for the Borough" says MP

The controversial Thameslink rail scheme which will cut through Borough Market took a step forward this week when ministers granted planning approval. 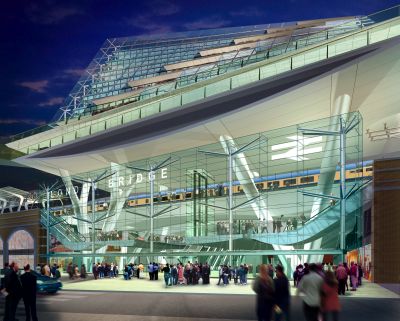 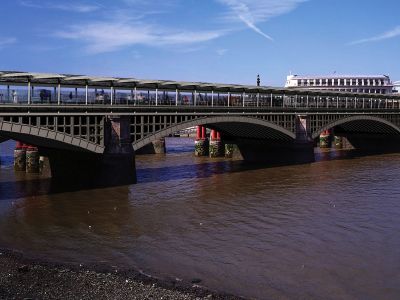 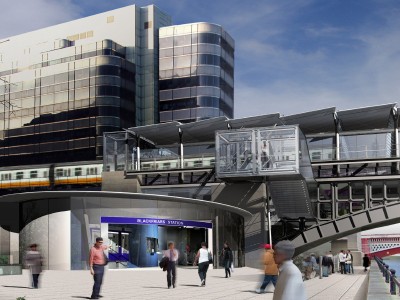 On Wednesday two Government departments (Department for Transport and Department for Communities & Local Government) agreed to grant planning permission and legal powers to Network Rail to 're-build' the Thameslink route.

Locally the scheme would deliver brand new stations at London Bridge and Blackfriars, and open up new travel links to destinations north and south.

Blackfriars would become the first London station to span the river Thames while London Bridge would be completely rebuilt and modernised with capacity for an extra 60,000 people during the peak.

Elephant & Castle station would be one of the first stations to benefit from extended platforms, with 12 car trains to run on services from Elephant & Castle to Bromley South and Sevenoaks in Kent.

A key element of the scheme – formerly known as Thameslink 2000 – is the expansion of capacity on the western approach to London Bridge station, a notorious rail bottleneck. Residents and businesses in Borough Market have long campaigned against the Thameslink scheme because of the impact it would have on the historic character of the area.

The detail of the Thameslink project around Borough Market and Blackfriars – where the scheme proposes to extend the station right across the river with an entrance on Bankside – was the subject of a public inquiry last year where campaigners proposed that the line should be re-routed via Elephant & Castle.

"The dice were heavily loaded against any opposition," says Jackie Power, spokeswoman for the Save the Borough Market Area Campaign. "The public inquiry was a fait accompli. The efforts of volunteers against Ł100 million used by Railtrack [Network Rail] to promote the scheme could not be matched.

"The loss of so many buildings will be a loss to the community and also future generations."

Cathedrals ward councillor Adele Morris is furious: "This is a devastating result for the area. Yet again the needs and aspirations of local residents and traders who have been here for generations have been ignored in favour of something which will benefit those who are only passing through.

"The Government, GLA and big businesses have yet again put their fingers up to local democracy."

Simon Hughes MP, who spoke for the objectors at the public inquiry, says: "There has for long been a good case for improved north/south and east/west rail links across London.

"But it is a tragedy for the Borough, one of London's most historic areas, that the Transport Secretary has allowed Thameslink's plans for a super viaduct at London Bridge which will change the historic character
of the Borough and Borough Market for ever.

"The wholesale market may now be at risk. The Dickensian character of the Borough may now be lost. And all the time another and better route could have been chosen.

"It is a sad irony that in the week Borough Market celebrates its 250th birthday this Saturday, the government has given so many Borough residents, traders, visitors and supporters such an undeserved and un-wished-for birthday present.

"Many of those who have opposed this part of the Thameslink scheme for
many years will be meeting this weekend to decide if there are any more
moves we can make."

Funding not yet in place

The future of the Ł3.5 billion project now rests on a funding decision. Network Rail says that it will work with the Department for Transport to put together a financial package.

"Since no funding for the scheme is yet in place, we will be working with Network Rail to try to mitigate the worst effects of the plan as it stands," says Southwark council leader Nick Stanton.

The green light has been welcomed by watchdog London Travelwatch. Chairman Brian Cooke says: "Londoners need these improvements now, and it is vital to get the funding put in place as soon as possible, so the work can be started, and we urge the Government to take this decision quickly."

The project would take an estimated seven years to build with the ability to 'pause' the scheme for the Olympics. Rail bosses say that passengers would notice benefits from the programme within three years.