Borough Market turned back the clock to 1756 on Saturday to celebrate the 250th anniversary of the wholesale fruit and vegetable market. 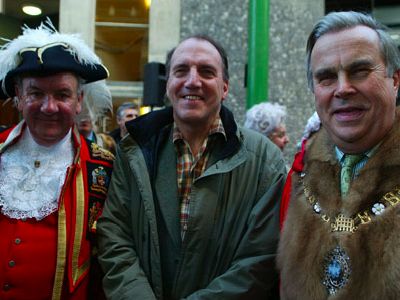 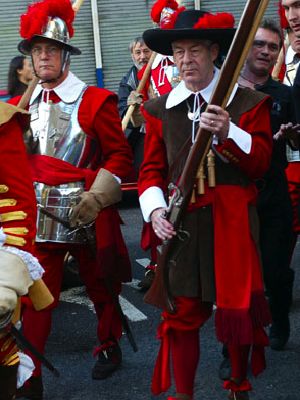 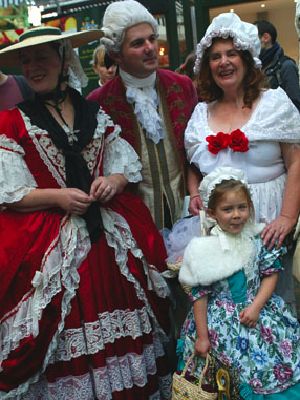 The Market's traders and trustees joined customers, local businesses, the creative community and local residents in a rumbustious celebration of the 18th century.

The Borough Market's use of its present four-and-a-half acre site is protected by an Act of Parliament passed in 1756.

Heralded by a triumphal trumpet fanfare, the act was proclaimed in the market by London's town crier Peter Moore.

The Master of the Worshipful Company of Fruiterers presented the Lord Mayor of London with his annual gift of fruit. The ceremony, which normally takes place in the City, was attended by the Fruiterers' liverymen and the Lord Mayor's artillerymen and bargemen.

During the afternoon, actors, street performers and musicians entertained the Market's guests and customers in flamboyant style from the 1700s.

Many traders joined in the celebrations by dressing in period costume and offering 18th century foods.

In the evening an 18th century banquet for invited guests was held in the newly refurbished Jubilee Market with long tables laden with market produce.

The feast included whole roast hogs, an array of meats and cheeses, vegetables prepared using recipes from the period, a selection of breads and traditional English puddings.

The celebrations came just days after the Government granted legal powers for the Thameslink rail scheme which will see a new viaduct built above the market. MP Simon Hughes described the decision as a "tragedy" for the Borough and "an undeserved and un-wished-for birthday present".