Cross River Tram: have your say

Trams could return to the streets of SE1 within a decade. The Mayor of London came to the South Bank to launch the consultation on the Cross River Tram. 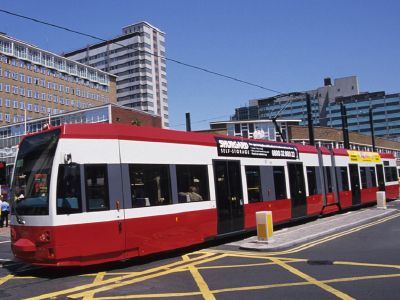 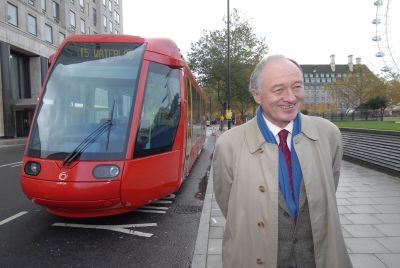 The Cross River Tram would run between Euston and Waterloo, with branches to Camden Town and King's Cross in the north, and Brixton and Peckham in the south.

The Peckham and Brixton branches would divide half way down Waterloo Road, with the Peckham branch routed via St George's Circus and London Road to the Elephant and Castle and trams to Brixton travelling via Baylis Road and Kennington Road.

Subject to funding, work could start after the 2012 Olympics and the tram could be operational by 2016.

Launching the consultation at an event in Belvedere Road on the South Bank, the Mayor of London Ken Livingstone explained that the tram "will improve access to jobs, education and homes whilst helping to cut congestion and pollution by offering another alternative to car use.

"The tram will carry more than 60 million passengers a year, relieving some of the high demand on the Northern and Victoria lines."

Transport commissioner Peter Hendy stresses the wider benefits of the tram scheme: "We will work with boroughs to provide major transport improvements for Londoners as part of the major regeneration of King's Cross, Elephant & Castle, Brixton and Southwark."

The tram enjoys backing across the political spectrum.

"It is really important that we all get behind this extremely important initiative which will bring huge economic benefits south of the river," says Cllr Richard Thomas, Southwark's executive member for regeneration.

"This is our best chance in decades to get Southwark well and truly on the public transport map.

"I hope that people will take this opportunity to give TfL their views and support the plans for a cross-river tram."

Green Party member of the London Assembly and Southwark Council Jenny Jones says that the tram will bring great benefits to South London.

"Improving public transport will help get people out of their cars and reduce pollution and congestion. There will be valuable economic benefits to areas along the route too as studies of the effect of other major transport projects have shown.

"I am very supportive of the tram in general and it is important that we get the details right. That is why I'm glad there is an opportunity for people to give their views to TfL now."

The consultation will run until the end of January 2007.