Bob Skelly to be next Mayor of Southwark

Grange ward councillor Bob Skelly is likely to be elected mayor of Southwark later this month. Chaucer ward's Cllr Mackie Sheik is expected to be his deputy. 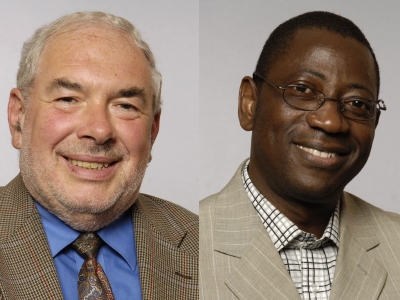 The Liberal Democrat group has announced that it intends to nominate Cllr Bob Skelly as the mayor of Southwark for the next municipal year and Cllr Mackie Sheik as deputy mayor.

Although Southwark Labour (the largest single group on the council) is likely to make its own nomination for the mayoralty they can be outvoted by the ruling Lib Dem/Conservative alliance.

The mayor has a dual role. As well as being an ambassador for the borough and representing the council at local events, he chairs meetings of the Council Assembly.

Cllr Skelly has represented Grange Ward in Bermondsey since 2002. A teacher in the borough for more than 30 years, he was executive member for education for two years until he resigned in 2004 after making a controversial joke about the educational attainment of Afro-Carribean boys in Southwark at a scrutiny committee meeting.

At the time council leader Nick Stanton described the remarks as "crass and stupid" and Cllr Skelly was briefly suspended from the council's Liberal Democrat group.

Cllr Mackie Sheik, who is expected to be the new deputy mayor, was elected for the first time in May 2006 to represent Chaucer ward. He is a former chair of the Rockingham Estate Tenants' and Residents' Association.

"Both Paul and Eliza have been hugely energetic and successful in their work as the public face of the authority," said Cllr Stanton.

"They have conducted many hundreds of engagements and met many thousands of people. Next year's team will have a lot to live up to."