Simon Hughes used an adjournment debate in the House of Commons on Friday to urge ministers to reconsider plans to close the Borough Post Office. 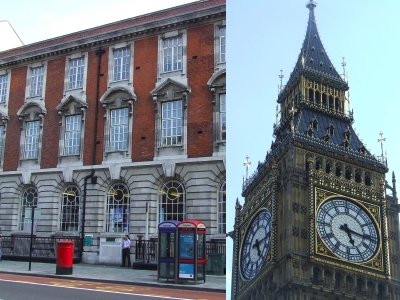 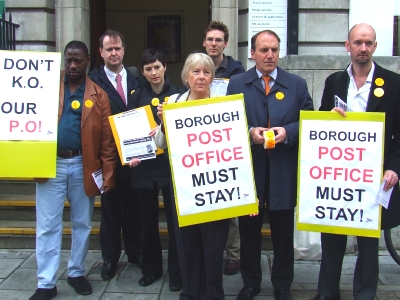 The North Southwark and Bermondsey MP secured an adjournment debate on the future of Crown post offices in Greater London, with particular emphasis on the threatened Borough Post Office (the southernmost of the two Borough High Street offices).

Simon Hughes told the Commons that he had been assured that Blackfriars Road, London Bridge (at the north end of Borough High Street) and Walworth Road post offices in his constituency would be among the 373 "flagship" Crown offices Post Office Ltd intends to retain under direct management.

The MP explained that more than a dozen Crown post offices in London are being relocated to nearby WHSmith stores. Borough Post Office is one of a further six in the capital that are "up for grabs" by a franchisee willing to provide postal services at a nearby location.

"I don't have any objection in principle to the Post Office helping to sort its major financial difficulties by a variety of methods," he said. "I have argued for alternative ways for the Post Office being able to raise money, for example by selling a minority of its shares to bring money in."

"But if the outcome of that is that there is a less good service – a less good chance of speedy service and it is not as convenient – then we are seriously underselling our constituents. "

Simon Hughes told the House that he had been part of a previous campaign to save this Post Office branch in the 1980s: "The reality is that is is only because there was such a vigorous community campaign that we kept the Borough Post Office. History has shown how important it was to win that battle. The post office has been, and is, very well used."

"My request to the minister is to ask whether he is making it clear to the Post Office that if there is not an obvious neighbourly franchise partner [in Borough] who can provide as good a service or better in the same sort of location, it would not be acceptable for it to move significantly further away to a less convenient place, or for it to move to a place that is inappropriate in terms of its catchment area?"

He concluded: "I am glad that there are three Crown post offices in my area which are called flagships. This is really a plea that, if humanly possible, the fourth can be a flagship. It has been a great flagship. People have rallied round it and used it well, and I hope that it can continue well into the future. We value the post office. I use it and my constituents use it, and I hope that the Crown post office network in Greater London can be strengthened, not weakened."

Responding to the debate, the trade and industry minister Ian McCartney said: "It has clearly been reflected during the course of today's debate that there is a need to answer some specific questions relating to the Crown network and to the Borough office in particular, but I want to emphasise the fact that the Government shares members' concerns about securing a sustainable future for the network."

McCartney claimed that local Liberal Democrats had "launched a petition to save the office despite the absence of any proposals to close it".

"There is no proposal to close it," the minister told MPs.

The Government and Post Office Ltd prefer to describe the proposals as 'transfers' rather than closures.

McCartney added: "We recognise that, at this stage, Post Office Ltd is not able to confirm the position regarding the future of the branch at Borough one way or the other, and inevitably therefore there is some uncertainty for customers."

69 MPs have signed an Early Day Motion tabled by Vauxhall MP Kate Hoey which calls on the Government "to take urgent steps to halt this franchising programme and secure the future for the existing Crown Office network".

Mayor of London Ken Livingstone has also weighed in to support London's post offices: "With London's population projected to increase by 800,000 between now and 2016, we need more post offices in the capital, not widespread cuts and more closures," he said this week.