Borough Post Office closed on Wednesday despite opposition being voiced in both the community and Parliament. A franchised operation has opened in a nearby Costcutter store. 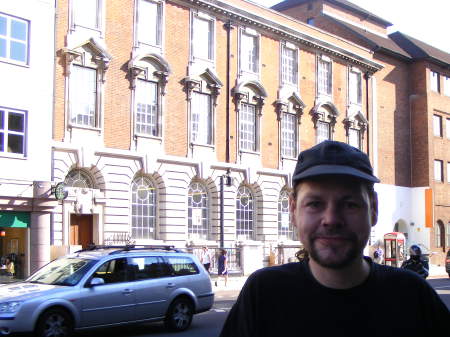 John Tipping was the final customer at Borough Post Office 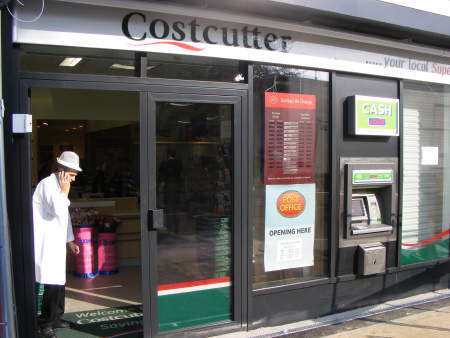 The new Post Office is run by Sunstar Group 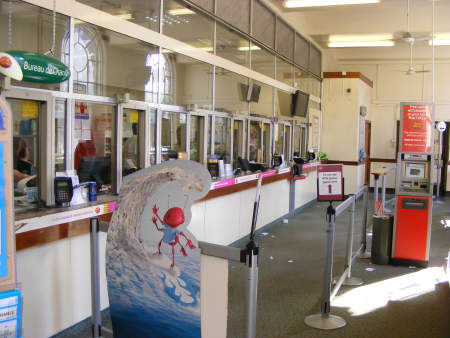 Ten staff were on duty for the last few hours of business in Borough High Street. A few employees are being relocated to other Crown Post Offices whilst others are leaving for a new careers. One, after a working lifetime at Borough, is retraining as a driving instructor.

The last customer was John Tipping from Great Guildford Street who declared himself to be sad at the closure. He praised the departing staff for working quickly and always trying to keep queues short.

Simon Hughes MP and local councillors have campaigned unsuccessfully against the closure of the Crown Post Office since the plans were first announced 15 months ago.

The North Southwark and Bermondsey MP even secured an adjournment debate on the subject in the House of Commons.

Meanwhile work was being completed on the windows of the new but much smaller Post Office run by Sunstar Group in Southwark Bridge Road.

This is located inside a new Costcutter supermarket below the MyBaSE1 development at the Great Suffolk Street junction.

The new Post Office opened on Thursday with staff arriving early for a briefing. There was just one customer and no queue at the advertised opening time of 8.30am. The pensioner, who lives nearby, declared herself delighted with having both a supermarket and Post Office so close to her home where she has lived for thirty years.

Unlike the former Post Office, the new franchise will remain open on Saturday afternoons until 5.30pm.

An official opening for the new Costcutter is planned for later this month.