Trade union members and representatives of the National Pensioners' Convention staged a protest outside Borough Post Office on Monday against plans to close the branch in mid-July. 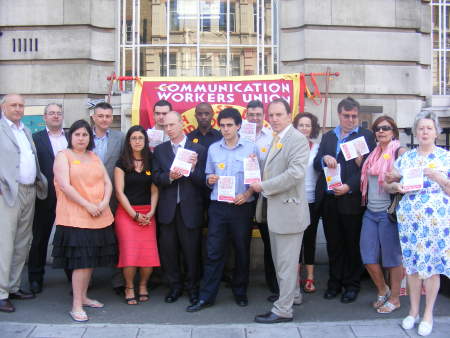 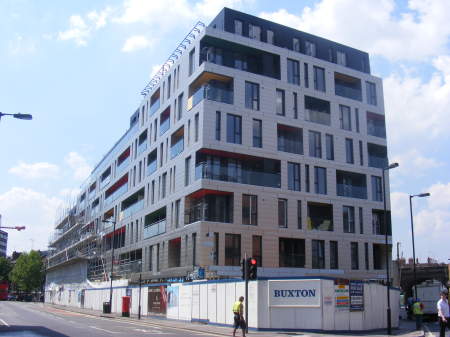 The trade unionists and pensioners were joined by Simon Hughes MP – a long-standing campaigner against local post office closures – and Cllr Anood Al-Samerai.

The protest follows the announcement in March that Post Office Ltd intends to close the Crown Post Office opposite Borough tube station and open a franchised service in a new Costcutter store in Southwark Bridge Road.

The final date for representations to Post Office Ltd is Thursday 29 May.

"The business is not really interested in what any of the customers want. What they're doing is telling the customers what will happen whether they like it or not.

"Although consultation ends on 29 May, the business has already made the decision on what will happen.

"All the comments that have been on your website have been very positive towards the office at the Borough and no-one has said anything bad about the service.

"It's really a downgrading of a public service. You've got seven counters in there which are manned as best as possible and they're sending you half a mile away ... to an office that's only going to have four positions where you're going to have to queue through the baked beans. That's not going be a better public service to anybody."

Borough Post Office currently has eight staff who have been given the option of redeployment to another Crown Post Office or voluntary redundancy. New staff would be recruited by the franchisee for the Southwark Bridge Road branch.

The three senior members of staff at the Borough branch – who between them have 80 years' worth of service on the counter – are all due to take voluntary redundancy.

Three other staff have asked to be redeployed but do not yet know where they will be working if Borough Post Office shuts its doors as expected on Wednesday 16 July.

The CWU is urging users of the Borough Post Office opposed to the changes to write to Simon Hughes MP, as they say that the only way the closure can be averted is through political pressure.

Are you concerned by plans to close Borough Post Office?