The Southwark Young Pilgrims project - which trains local youngsters to provide tourist information - has been awarded a £12,000 grant by the Jack Petchey Foundation. 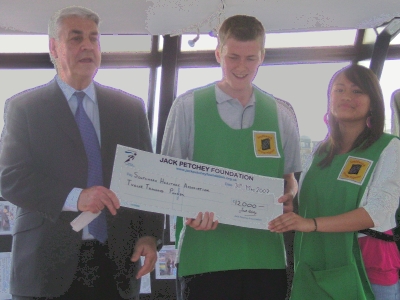 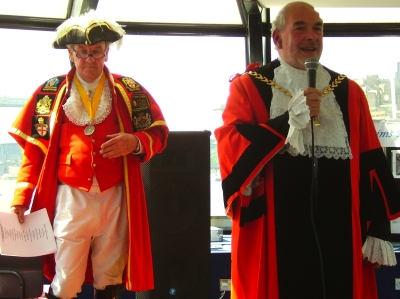 The cheque was formally presented by foundation representative Roy McLeod during the annual summer graduation ceremony on the River Thames when new Young Pilgrims received their certificates. The venue was sponsored by City Cruises who provided the vessel and refreshments for a round trip from Cherry Garden Pier to Vauxhall.

The Jack Petchey award to benefit young people marks the tenth anniversary of the Southwark Young Pilgrims project which is a holiday tourism and history course for young people aged 14-16 years. Last year there were 127 applications for the 25 places available.

The Mayor of London's town crier Peter Moore announced the VIPs including the US Embassy cultural attache Michael Macy who praised the Young Pilgrims programme and provided each winner with an Anglo-American badge.

The new Mayor of Southwark Bob Skelly presented the certificates as the boat passed under Tower, London, Southwark and Blackfriars Bridges. On the return journey there was an opportunity to view the SE1 riverside heritage sites featuring in the Young Pilgrims' training programme enabling them to staff an information stall, answer questions and give directions.