Kirsty McNeill has been overwhwelmingly chosen as Labour candidate to oppose Simon Hughes at the next general election. 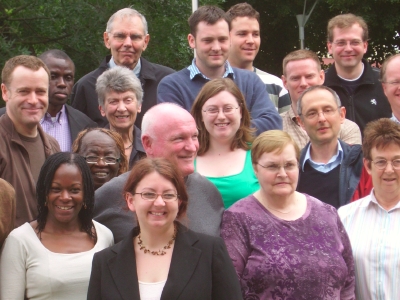 This will be the second time that Cllr McNeill has fought the North Southwark seat which will be renamed Bermondsey and Old Southwark at the next election.

Cllr McNeill, speaking before the secret ballot of members held at the Beormund Centre, pledged not to seek another seat if rejected for Bermondsey and Old Southwark. She said that she was committed to a Labour win in Southwark even if not chosen as the candidate.

Cllr McNeill added that since she was first chosen in 2004 as the candidate she was now able to say that she had won a council seat in East Walworth by defeating the Liberal Democrats and at the last general election achieved the biggest swing to Labour in the country.

The other shortlisted applicants for the Labour candidacy were Newham councillor Ayesha Chowdhury and Hackney Labour activist Munaf Zina.

In April Simon Hughes was readopted as Liberal Democrat candidate for the constituency he has represented since 1983.