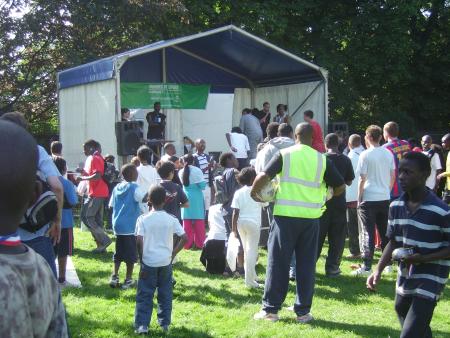 The event on Friday, the fourth annual Sports Day, attracted more than 500 people aged 4 to 16.

"The weather has been fantastic and everyone is having a good time," said chair of trustees Abigail Tripp at the close of the awards ceremony.

A total of 20 football teams – under 12s, under 14s and under 16s – competed. Other activities included dance workshops and a hula hoop competition.

SE1 United was created to give a voice and positive image to young people of the area. Those taking part in Sports Day this year included groups from Coin Street Nursery, Lollard Street Adventure Playground and the ADI Centre. Former committee members formed the thirty-strong stewarding team for the six hours of activities.