The proposed Cross River Tram won't run north of Waterloo till "2020 at the earliest", Ken Livingstone confirmed this month. 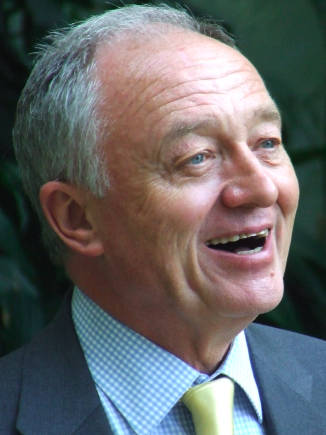 Answering a question from Lambeth and Southwark's London Assembly member Val Shawcross at this month's Mayor's Question Time at City Hall, Mr Livingstone confirmed that he was transferring staff from the indefinitely postponed West London Tram scheme to work on the Cross River Tram proposals.

The Mayor said that he expects the government to take a decision on funding for the tram scheme at its next comprehensive spending review in 2010.

"We have the money to progress the planning and the Transport & Works Act [order] until then," Mr Livingstone told London Assembly members.

The Cross River Tram would link Camden Town and King's Cross in the north with Brixton and Peckham in the south via Waterloo and the Elephant and Castle.

Trams would run every four minutes on each branch, providing a two-minute frequency on the central section between Euston and Waterloo.

The results of a consultation on the tram's route were published earlier this month. Detailed work will now continue to allow a definitive route to be selected and design work to begin.

"We will be ready to proceed subject to a favourable decision on the spending review in 2010," said the Mayor.

As we reported in July, the Mayor has bowed to opposition north of the river and decided to prioritise the southern section of the tram route – potentially making a mockery of the scheme's cross-river name.

"The area south of the river Thames is relatively easy and doesn't have great problems of conflict in terms of road use. The area north of the river particularly around Camden Town represents much more difficult issues and choices.

"Rather than have one vast tram project and indeterminately long Transport & Works Act inquiry we will do it in two phases.

"We will proceed to build the Cross River Tram south of the river. Once that is complete and has demonstrated that it works we will move on to the second phase. The phase that runs north of the river most probably [will be built] around 2020 at the earliest."

Hughes: Can we at least have tram link to the Aldwych?

Speaking in the House of Commons in the adjournment debate before the summer recess, Simon Hughes MP said that he thought the tram should at least cross Waterloo Bridge and terminate at the Aldwych – even if opposition in Camden precluded the construction of the complete route.

"People north of the river â€” in the posher bits of Camden, I understand â€” might be a bit nervous about the thought of a tram going past their exclusive houses and giving them grief in some of the leafier squares. I hope that that problem can be resolved," he told the Commons in July.

"Even posh people can go on trams and benefit from them. People with expensive houses might even see their house prices going up, not down.

"Can we at least have the money to allow us to have what is not a cross-river tram if it stops south of the river, having started south of the river? We want the tram to go from Brixton and Peckham to Waterloo, and at least over to Aldwych. If the good burghers â€” I use my words carefully â€” of Camden do not want it to go further north than the Aldwych, that is their problem; they are mistaken."

Opposition north of the river

Tory London Assembly member for Barnet and Camden Brian Coleman told the Ham & High: "Let's hope that this is the nail in the coffin to this whole sorry project. I certainly won't be losing any sleep over it now. There is no demand north of the river. We don't want the blasted thing anywhere. It would split Somers Town in half and they would have us digging up Bloomsbury – one of the few unspoilt areas of south Camden – at a cost of £600 million.

"Trams are a 1950s answer to transport problems. They are put forward by men of a certain age who have a fascination with them. They have model railways in their attics and they are harking back to their boyhood fantasies."

Are you satisfied with a south-of-the-river tram?