Colombian sculptor Doris Salcedo is the eighth artist to take on the challenge of creating a site-specific work for the Turbine Hall of the former Bankside Power Station. 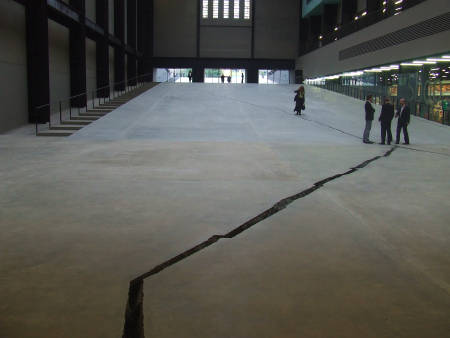 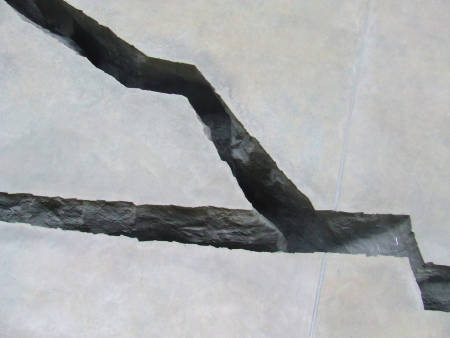 Taking the form of a 167-metre-long crack in the floor of the gallery, Salcedo's sculpture, entitled Shibboleth, explores issues of racial segregation and social exclusion.

Anyone popping into Tate Modern in recent weeks will have been aware of the noisy, dusty operations taking place behind the screens hiding the work-in-progress from gallery visitors.

Salcedo is reluctant to discuss the making of the work, preferring to talk about the piece's meaning.

The artist doesn't believe that Shibboleth will capture the public imagination in the same way as some of its predecessors in the Unilever Series. "I think it's a piece that demands time," she said. "I think we all tend to look up and it's difficult for all of us to look down. We all prefer to look up. This piece is requesting from the viewer the opposite attitude."

She added: "I like to make art that is there only for people that are willing to see it. It's not a piece that exposes itself."

As with previous works in the Turbine Hall – such as Carsten Holler's hair-raising slides – Tate continues to challenge the prevalent health and safety culture by presenting an art installation that in any other setting would require hazard signs and safety fencing.

Unlike previous installations this piece will leave a lasting 'scar' on the Turbine Hall that future artists will have to work with.